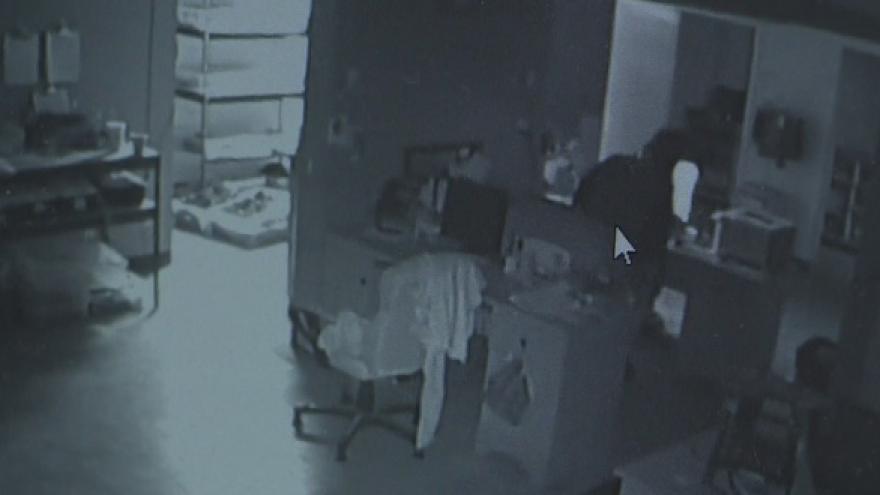 Security video shows the suspect breaking through the ceiling at Giovanni & Son on Victory Blvd. Monday night, helping himself to cash, credit cards and making himself comfortable.

The suspect tried to get away but was trapped. The doors were all dead-bolted.

Father and son admit they got a few hits in before police arrived. They got back their cash but say they still feel robbed.

“I hit him once and he started wobbling, then I grabbed him and slammed him to the ground,” their son said.

The detective on the case says he has arrested at least six people in the Van Nuys area for burglary since the beginning of the year.