Family Angered over Theft of Classic Buick from Dying Owner 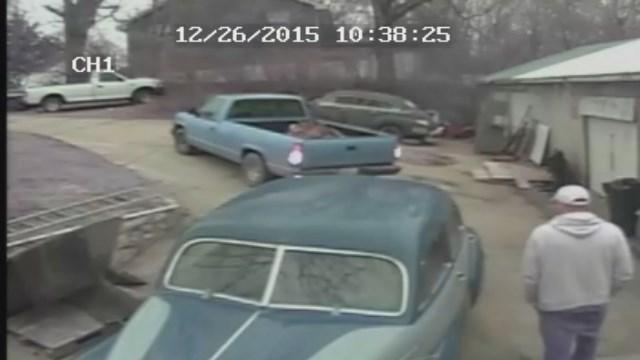 KANSAS CITY, MO (KCTV) -A Kansas City man's family is determined to find out who stole his beloved classic Buick the day after Christmas while he was dying in the hospital.

Billy Jester's classic cars held special meaning for him, particularly the 1941 Buick parked proudly in the carport by the front door of his house near East 64th Street and Beacon Drive. His sister now wonders if the thieves knew about his hospitalization and used it to their advantage.

Maezel Brown was close to her big brother, a cheerful and adventurous bachelor with a love for classic cars.

"He had no children so his cars were what he doted on," she said.

The Army veteran spoke with excitement about an Honor Flight to Washington, D.C. in October at the age of 85. Just weeks later he got sick.

Brown flew in from Florida the day after Christmas so her brother could die at home, which he did, a day later, with her at his side.

“He spent two years in northwest Africa building a salinization plant. He was a square dancer, a Shriner. He was just an interesting man,” she said.

Just hours before she arrived in town, a surveillance camera captured the crooks in the act. The date stamp is Dec. 26, the day after Christmas.

"When I watch the video I get so enraged," Brown said.

Brown gets worked up just thinking about the men in the video treating her brother's hard work and his memory with such casual disrespect.

"I am just livid about it. It keeps me from being in the mourning state that I would like to be in at this moment," she said.

She's hoping someone can help catch the crooks and find the car so she can return it to family who understand its meaning and appreciate the man behind it.

She said someone also drove off with a 2004 Cadillac of his, but cameras didn't capture that so police don't know if that theft was connected.