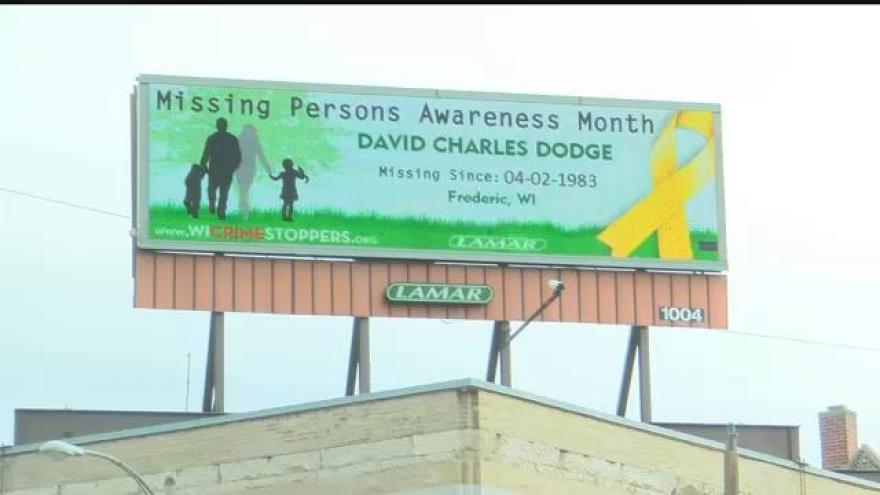 There are 176 missing people in the State of Wisconsin. After Marsha Loritz's mother disappeared four years ago, she's worked to spread awareness on the issue.

She wrote to Governor Walker and he declared April \"Missing Persons Awareness Month.\" Loritz has also partnered with Lamar Advertising to use seven billboards. There are two in Milwaukee and five posted in Northeastern Wisconsin.

\"It's really hard to see your loved one's name on a billboard. I knew the billboards were going up and when I went to see them it was a mix of emotions. There's a lot of sadness that her name is up there but yet there's a whole lot of hope,\" said Loritz.

Loritz isn't alone. Tonya Fonseca and her family has searched for her uncle, Christopher Winkler, for about 30 years.

\"My grandmother searched for him until the day she died. His brothers and sisters did everything in their power to look for him,\" said Fonseca.

Fonseca said they are not giving up. She's hopeful that someone will know something about her uncle's disappearance.

\"Maybe someone will know something even if it's the smallest bit. But maybe they can help someone get answers,\" said Loritz.

These billboards were donated by Lamar advertising and will feature more than 20 names every week.

Next year, organizers want to keep the billboards going but they need funding. If you'd like to give back, visit: https://www.gofundme.com/xhxukf84