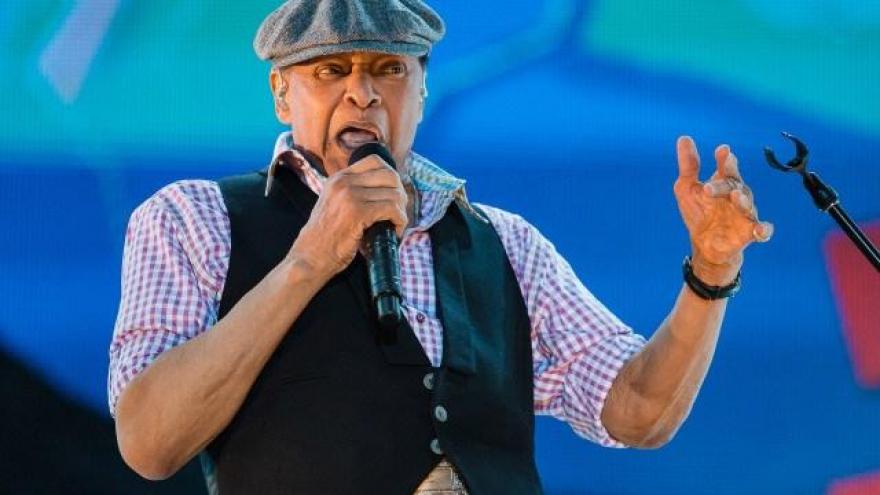 (CNN) Al Jarreau, the jazz-pop musician best known for the hits "Breakin' Away," "We're in This Love Together" and the theme song to the popular 1980's TV show, "Moonlighting," died Sunday, according to posts on his verified social media accounts. He was 76.

Nicknamed the "Acrobat of Scat," Jarreau released more than 20 albums over his storied career and remained a jazz icon and a tireless performer right up until his death.

He had only retired from performing last week. A February 8 statement on Jarreau's Twitter account announced the seven-time Grammy Award winner's retirement from touring after being hospitalized in Los Angeles for exhaustion.

"He is thankful for his 50 years of traveling the world in ministry through music, and for everyone to share this with him -- his faithful audience, the dedicated musicians, and so many others who supported his efforts."

Alwyn Lopez Jarreau was born March 12, 1940 in Milwaukee. His was a musical household.

"My mother was a piano teacher and church organist. My dad was a minister, and a singer," Jarreau said in a 2012 invterview with All About Jazz. "My brothers were singing quartet music in the living room when I was four and five years old. They were singing ... [scatting]...stuff like that, that's what I wanted to be like. I wanted to be like my brothers, singing this jazzy music."

After earning a master's degree in vocational rehabilitation from the University of Iowa, Jarreau moved to San Francisco in the late 1960s, where after crossing paths with a young pianist -- and future jazz legend himself -- named George Duke, he decided to quit his day job and pursue music full time.

Jarreau joined the George Duke Trio and would continue to collaborate, tour and make music with Duke over the next several decades.

Jarreau is survived by his wife, Susan, and son Ryan.