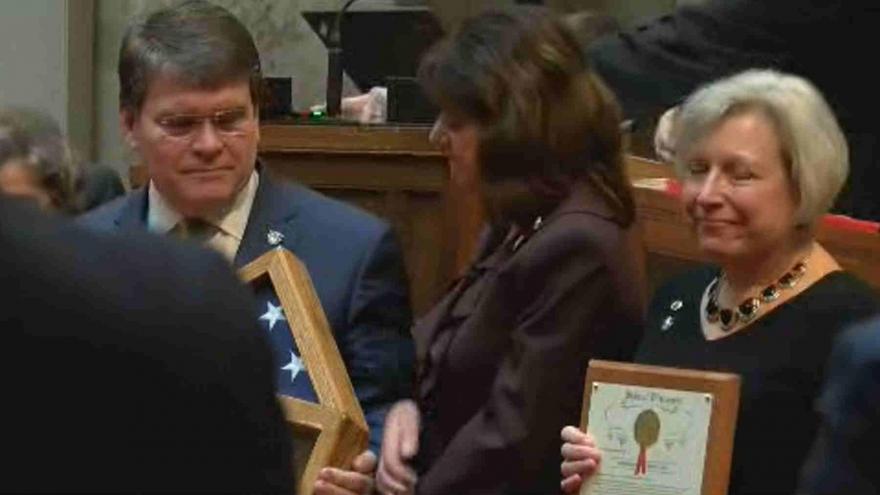 Lawmakers making sure a Brookfield family knows the sacrifice of their son, Staff Sgt. Matthew Vale Thompson, is never forgotten.

The Green Beret was killed in action in Afghanistan in August of 2016.

His parents clutched an American flag as a resolution was read aloud on the chamber floor.

But sometimes there are no words.

So lawmakers stood in a moment of silence.

Sgt. Thompson was in special forces and is remembered as never losing the values he developed here in Wisconsin.

According to a letter from U.S. Army Commander Guillaume Beaurpee, SSG Matthew Thompson was killed in action in Helmand Province, Afghanistan.

His parents, Mark and Lynda, live in Brookfield.

He was a varsity football captain and played trombone in the wind ensemble and jazz band.

Staff Sergeant Thompson also attended Marquette University from 2006 to 2008 where he was a resident assistant. "He was one of the best humans I ever knew," said his friend and fellow RA Matthew Manning in a post on the University's Facebook Page, "He was deeply, deeply, deeply loved by his residents and all of us." Thompson went to Concordia in California before joining the army.