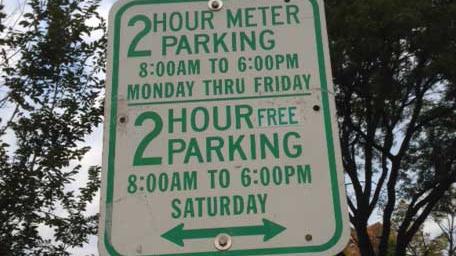 WLOS-TV reports the fake tickets in Asheville included a code that could be scanned with smartphones and pulled up a music video for the 1987 Rick Astley song "Never Gonna Give You Up." The practice of having that video pop up is known as rickrolling.

Asheville's transportation director said the tickets that appeared Friday were clearly fake. The tickets were for $100. The city's normal parking fine is $10.

Police say whoever handed out the tickets could be charged with littering.

Parking Services Manager Harry Brown said the fake tickets caused extra work and aggravated those who got the tickets and at least one person tried to pay.

The city is not collecting those fines.