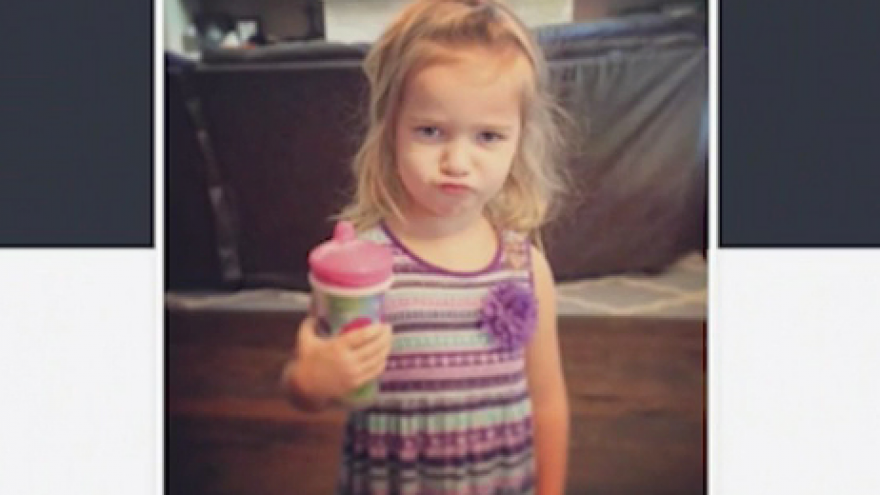 PLANO (CBSDFW.COM) – A Plano mother has a warning for parents, after a stranger lifted a photo of her 4-year-old daughter from Facebook, then shared it as their own claiming it was his child who had drowned.

Nickol Gallovich is like a lot of moms who promote the good, bad and ugly realities of raising children on her social media pages.

But just last Friday she was stunned, disgusted and a little frightened to see her daughter Macy’s photo used as a strange man’s profile pic. The Plano mom said she has no connection to anyone by the man’s name nor the man who connected her on Facebook to inform her about it.

The user claimed to work at Knucklehead Tattoo parlor in Glendale, Arizona.

Calls to the business from CBS11 were not returned.

“Obviously I was worried that he was potentially a pedophile or he was trying to get information from me about where we live and things like that,” explained Gallovich.

Her family’s story should serve as a warning for parents to make sure their privacy settings to limit who can see photos posted to Facebook and other social media sites.

“People can take those pics and they can blackmail you. They can look at your child and send you notes and tell you they know where you live and they are coming to get them,” warned the author of more than a dozen parenting books.

Still sickened by what happened, Gallovich can’t wrap her head around why anyone would want to exploit her daughter.

She contacted Facebook, which promptly removed the profile of the user who stole her daughter’s image.