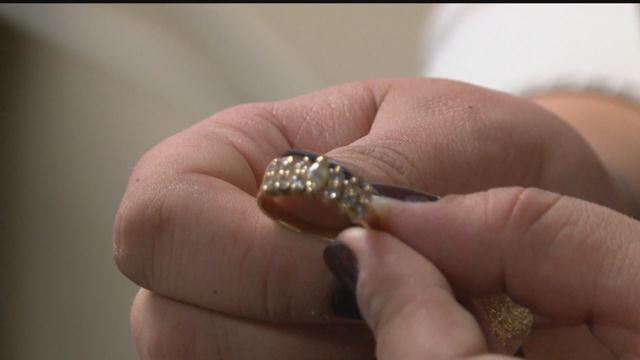 When the Salvation Army set a red kettle at Festival Foods last Friday, they were expecting normal donations-about $200. But an extra special drop in the bucket made this an exceptional night.

When you hear that bell as you walk near a story, you know, its time to donate.

"I just anticipate the coins and if something else falls in…I think it would be a big surprise," said Dean Ziegler.

Volunteers surprised shoppers last Friday by bringing out this-a chihuahua riding a pony- but the night ended with the Salvation Army being surprised after someone intentionally dropped a one carat diamond ring into the bucket.

"What made it more surprising was the fact that the donor included the receipt with the value of the ring. That's how we knew it was a bonifide donation and it was very intentional and we're so grateful," said Lt. Daryl Mangeri of the Salvation Army.

"A 13 stone diamond ring with a larger marquee stone in middle and smaller stones. Altogether more than a carat in diamonds," said Abby Block, development director at the Salvation Army.

"We would take it to several jewelers and try to get the price for it being that we have a receipt with the value on it that will help guide us in the offer that we will accept for the ring," said Mangeri.

Besides the receipt, the donation was completely anonymous but the Salvation Army wants to the donor to know the money collected will be put to good use.

"In this world our goal is to touch one life at a time and with the sale of this donation we will be able to touch many lives," said Mangeri.

While the Salvation Army says the gift is priceless, we crunched the numbers. The donation itself will provide a night of shelter for more than 70 people.