Experts say no need for panic over Ebola in U.S. 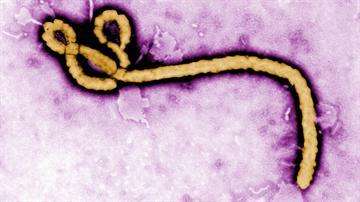 MADISON -- Doctors in Texas are watching a group of 12 to 18 children making sure they don't show signs of Ebola.

Wednesday, officials in Texas announced those children came in contact with the man now being treated for the virus.
There's no downplaying Ebola is here in the U.S., but experts say there is no reason to panic.

Right now, a man is being treated for the Ebola virus in a Texas hospital.
It's the first case diagnosed inside the United States.

\"It's not like people weren't expecting it but it's different when it actually happens and now we have somebody here who is diagnosed here.\" said Dr. Nasia Safdar, an infectious disease expert at UW-Madison.

Safdar says this one case in the United States should not make people worry the virus will rip through the country.

\"I don't really see a scenario where it could become even remotely like what's happening in West Africa. I think before it even got to that point a lot of other processes would be put into place and it could be contained quite well actually.\" she said.

At Froedtert Hospital in Milwaukee, a representative says the hospital is prepared to take on Ebola patients should any show up.

\"Stay calm, be reassured we are very well equipped to take care of any patient who may have Ebola virus disease. We are very confident we'll be able to contain it.\" said the hospital's associate chief medical officer, Dr. Sid Singh.

Safadr says Ebola can only spread from direct fluid contact with someone who is contagious.

\"So people need not worry about inhaling the same air as somebody else who might have Ebola.\" Safdar said.

She also says, people with Ebola can not infect others until they show the symptoms. Those symptoms look like the flu, so she said doctors will be paying special attention to people who traveled to West Africa before getting sick.
Share this article: