Exclusive: Woman describes how armed man was brought into custody 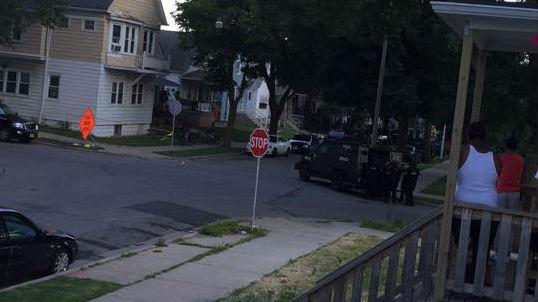 An armed man was holed up inside a Milwaukee home Monday evening.

It happened near 9th and Arthur on Milwaukee's south side.

SWAT, Police and fire all responded.

Police say the suspect is armed with a long barreled weapon.

Witnesses tell CBS 58 they believe about 20 police are on scene with tactical units.

CBS 58 spoke with a woman who identifies herself as the sister.

She says it started after the man had a fight with his mother.

\"He told her he was going to lock himself in the house and blow up the house if she called police,\" recalled Dayamin Lopez.  \"So, she called police and he said he wasn't coming out because he wasn't going to jail for some stupid stuff.  I told him if it's some stupid stuff,  you're not thinking rationally.  You need to think rationally. Think about your daughter and come out with your hands up so nothing happens.\"

The woman described the man as mentally disabled and that he hasn't been taking his medication.

Police tell us he was taken into custody.