Exclusive: Smith Sentenced to 36 Years in Prison After McDonald's Shooting 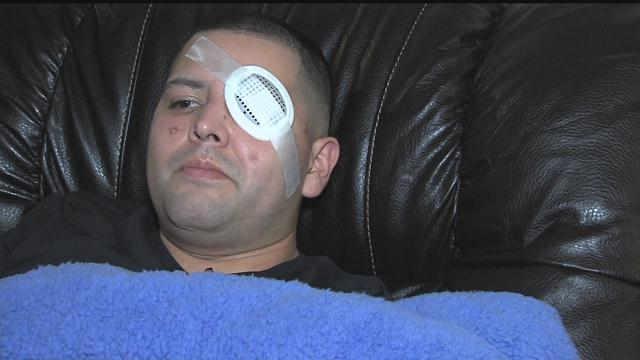 He was shot six times and left for dead by Cordel Smith, the man dating his ex-wife.

CBS 58's April Dovorany has been following this story for the past year and was the only reporter to speak with Vazquez after the sentencing.

Nearly 10 months after being shot in the face multiple times, Jaimie Vazquez was in court Monday as Cordel Smith himself admitted that this was a heinous act.

"On December 26 of last year I performed  a wicked act that I know God frowned upon greatly," said Smith,

"I do apologize for what I've stolen from Caitlyn and Jaime and Erin and their family, and my kids," said Smith.

We first spoke exclusively with Vazquez last January, recovering from three gunshot wounds to the face after Smith blocked him into a McDonald's drive thru, shooting him six times; all while Vazquez blocked his daughter from the shots.

"You are by the grace of God, in my estimation and luck in others, not facing intentional homicide with life in prison," said the judge.

Smith said he did it because he believed Vazquez vandalized his home.

Monday a judge sentenced him to 36 years in prison and while the family wishes he'd been given more time Vasquez says its time to move on.

"So I just need to forgive and move forward and let God be the punisher," said Vazquez.

He's nearly blind, needs more surgeries still and is unable to work but fiance Erin says the family will not let Smith stop their momentum.

"I plan to get married, I want to marry him, move forward, I graduate college in May and I plan to be our provider and take care of our family," said Erin McClure.

The Vazquez family says the sentencing is just a step in the healing process; a process that will last for the rest of their lives.

Here is a link to the original story, showing just how far Jaimie has come in his recovery process: http://www.cbs58.com/story/31065476/exclusive-cbs-58-talks-to-victim-shot-while-waiting-in-mcdonalds-drive-thru