Exclusive: Sitting down with the drivers of The Hop MKE Streetcar 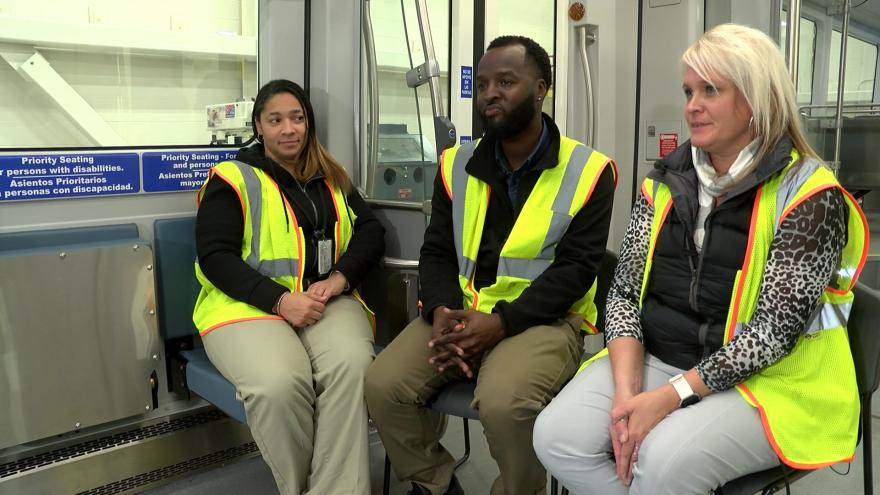 MILWAUKEE (CBS 58) -- We're getting a better idea of who will be operating the streetcars on Milwaukee's streets.

"Everyone's thumbs up, waving at you. Even coming on the platforms and asking when are you going to open? Or even trying to open the doors and they can't obviously. But everyone's excited that I've seen," said Kelly Odegaard, a Hop driver.

It's not just passengers who are excited about the Hop's first day of service.

"I think everybody is looking forward to getting it started. Like hey, we can finally start picking people up and getting to have more of a personal interaction that have really been looking forward to this," said Lester Harris, a Hop driver.

It's also the drivers who are excited.

"It's new. Most of the people are excited about it. It's right when you see, especially little people that's seeing it and they're so excited like oh look at the train, look at the street car. So it gives you a good feeling," said Danielle Hamilton, a Hop driver.

CBS 58 News sat down with three of the 20 people who will be the friendly faces behind the levers of the Hop. They all have a background in transportation.

"To go from that to from a steering wheel, or even foot brakes to even everything you're doing is out of your hands so you have to be sure that you're doing everything correctly," said Harris.

"You just have a controller on your left side. You move it forward to go, you move it back for breaking. So this is our motion," said Hamilton.

Not to mention 5 weeks of training each one of them had to endure.

"Intense training, classroom training. I mean, they really teach you the insides and outsides of the streetcar. How it operates and I mean, just everything that you would probably not even think of. I mean, from the breaking, the panograph, the voltage, just everything," said Odegaard.

They've been test driving the streetcars for over a month now but even before they get them on the rails, they go through a serious safety list, setting their route, checking their lights, rails, levers, cameras, and all the bells and horns.

"I think it's a little bit of a learning curve for them to get used to the streetcar being out on the road," said Harris.

But as with all new things, it'll take some getting used to.

They're prepared, however, should any situation arise.

"We'll just let the other passengers that maybe on the streetcar at the time, we'll just do an announcement and apologize for the delay," said Lester.

And as the streetcar's launch approaches, they're excited for people to hop on.

"That we're out there and we're like superstars. All that hard training and we go out there and people are clapping and waving and excited," said Odegaard.

"That's the gratifying part of all of this. That okay, we've worked hard, and now we get to see everybody's happy to see that we're out here and we're going to get this going," said Lester.