EXCLUSIVE: One Year After Tragedy, Mother Who Survived Brutal Attack Shares Her Story 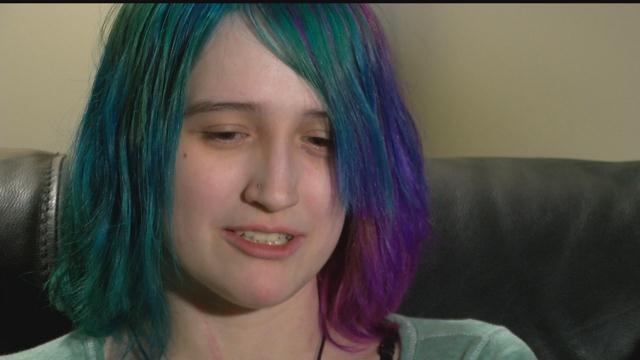 A Milwaukee man pleads guilty to killing his own child in her crib, as well as a family friend. But he then asked for a competency hearing claiming to hear voices.

Just this week, a jury ruled Ruben Garcia understood what he did.

January 23rd of 2015 was a big day for Lexi Dailey. After breaking up with her abusive boyfriend, she had found new love, a new living arrangement with her godfather and was finally going back to school.

But she says in the blink of an eye it was all stolen from her.

It started as a normal visit.

Ruben Garcia came over to visit 5-month-old Kairii but within an hour's time started a devastating attack; stabbing Lexi Dailey and her new boyfriend Chris.

"Chris ended up slipping on some of the blood and ended up on the floor and "it" was on top of Chris stabbing him. And  I started screaming for my godfather to help," said Lexi.

Lexi can't even say Ruben Garcia's name anymore, after she had to stand by as he brutally murdered her godfather Paul Kucharczk.

"He just kept on being stabbed over and over again. It was sometime around then that I ran into the bathroom and locked the door," said Lexi.

And eventually took the life of their daughter.

"While I was in there he started saying, 'I've killed everyone. Come out of the bathroom or I'm going to kill Kairii. And I didn't think he would do that.
One second my little girl was crying the next ...Silence." said Lexi.

One year later Lexi is still haunted by the memory of her little girl.

"I think I'm going to wake up and hear her cry because she's hungry," said Lexi.

And dealing with the psychological and physical trauma.

"I literally can't feel anything from underneath my chin. This whole left side of my neck and also half of my left ear," said Lexi.

Lexi says she's taking things one day at a time with help from family and friends.  She says hope got her through the trauma then.

"It's what saved my life. He had broken down the bathroom door before the police came and he drove the knife deeper into my neck...And I told him everything will be OK," said Lexi.

And hope for a better future is what is getting her through now-.3756 he broke her heart but didn't break her spirit

Along with a little help from above.