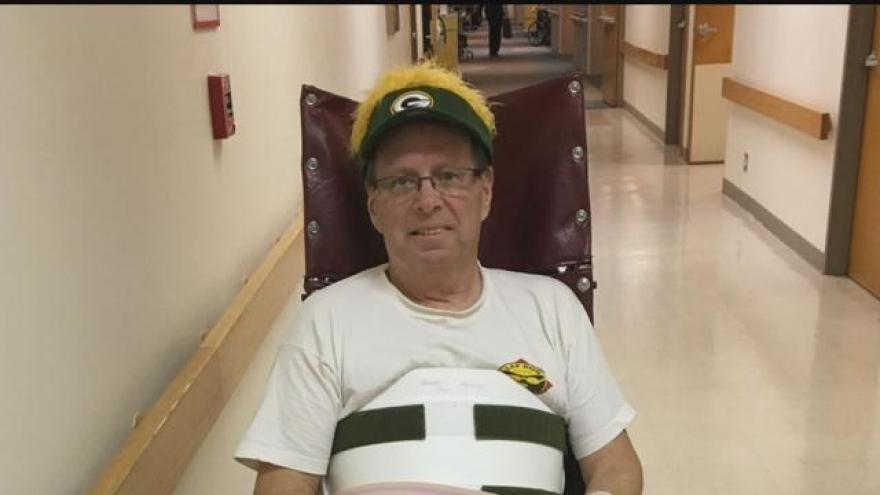 An Okauchee man is making small steps toward recovery four weeks after a speeding car crashed through his garage. Larry Hansen was pinned in the wreckage, but his best friends say he's doing remarkably well.

Even in the worst of times.

"He's gone through five surgeries, he has couple more to come in a couple months. Tons of blood, like 42 pints of blood he went through," Gerritsen added.

The worst of times hit Hansen December 8, 2016. A speeding car, driven by a woman who police believe was drunk, came off Highway 16 in Okauchee. It barreled through Hansen's garage where he was working on his car. He was trapped and hurt badly. Hansen lost a leg as a result of the injuries, but even after all that, he's smiling.

"And that's the way Larry is," Gerritsen said.

Friends are organizing a huge fundraiser next Friday to help the Hansen's. The American Legion post in Okauchee will be the backdrop and the help doesn't stop there. Another friend is building a wheelchair ramp on Larry's house, others are planning how to help them with meals. Colleen Donnelly-Schneck, another close friend, said it's what "family" does.

"It is like we're family out here," she said

Larry's wife, Linda, wants you to know that the prayers and messages of support, and donations, are unbelievable. To everyone, she says thank you.