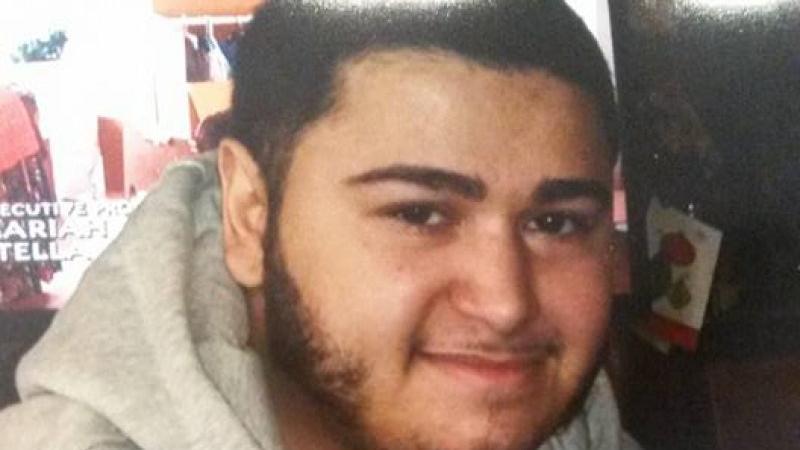 MILWAUKEE - The 20 year old's mother says she cant excuse the fact that her son shot an officer, and will always wonder why he did. However she's sure that he wasn't a target because he was an officer. Mildred Rivera wants people to know her son is not a monster, and believes that after a spiral of depression that he just wanted to die the night of July 17th when the incident happened.
That weekend, Mildred Rivera says her son Tomas Uriegas and his girlfriend had been arguing. The police were called to the 3500 block of South 17th Street. Rivera says what happened between that call and when her son allegedly shot the Milwaukee officer she has no idea.
The Milwaukee Police Department says officer Brandon Baronowski was sitting in his squad car when Uriegas shot him in the arm and chest. A few minutes later investigators heard another gun shot, only to find out Uriegas committed suicide.
Uriegas mother says he had been on medication for mental issues but had been off of it since he was released from jail mid June. According to a criminal complaint, on April 1, 2016 Uriegas hit his mother's boyfriend, knocking him off of a porch which left him seriously injured. Mildred Rivera says that was her son's first very low point, and he sought help afterward.
Rivera says he was prescribed medication for mental illness, but then went to jail shortly after for the April incident. She says she believes he was administered the medication in jail, but when he was released in mid June, his original prescription had expired.
Since then, she says her son had been more depressed than usual, and in the last few days before the July 17th shooting seemed overly anxious. Rivera says he had an appointment with a psychiatrist, to get a new prescription later this month. Rivera says, her son and his girlfriend were not in an abusive relationship, but had fought in the past and argued frequently.
Police say officer Baronowski went in for surgery today and is still in the hospital. The Milwaukee Police Department says they expect him to be okay. Uriegas also had a young son with his girlfriend and the family has set up a GoFundMe account for the child's future.

For questions, comments or story ideas please contact Amanda Porterfield on Twitter @CBS58AMANDA or by email at [email protected]