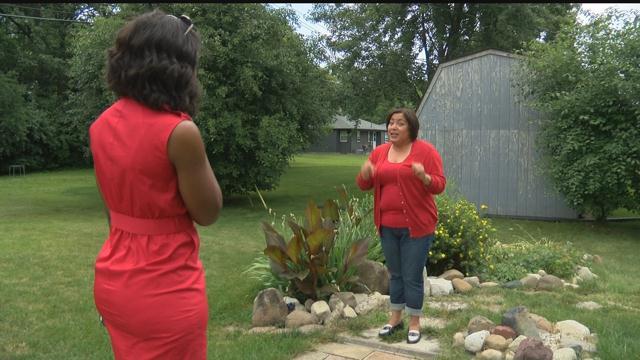 Stacy Williams-Kujawa walked to the spot in her backyard where her son was celebrating the Fourth of July, just a few days before the holiday.

"Right here, setting off fireworks," she said. "That balcony right there."

She pointed to the balcony where Greenfield Police said a 45-year-old man came out to confront Williams-Kujawa's 13-year-old son.

"There were fireworks going off all over," she said. "Why wouldn't you just yell from the balcony?"

Instead, she said her son heard the cock of a .40-caliber gun.

"He heard the noise. He looked up. He saw the gun," she said. "He described what the gentleman was wearing. So he got a picture that quickly because he's like, 'gun' and we bolted."

She said the man fired one shot from his apartment next door. They ran inside, turned off the lights and called 911.

Her son snapped a picture of the SWAT team, who Stacy said had residents holed up for about three hours Saturday night.

Greenfield Police said the man lied to them at first, saying he shot a firework in the teen's direction. But, he later admitted, he did fire his gun out of anger. Officers found the weapon and a magazine in the suspect's apartment.

"That sense of security is kind of lost, so trying to get that back is going to be difficult," she said.

The suspect was arrested for recklessly endangering safety. The case has been referred to the Milwaukee County DA's office for possible charges.