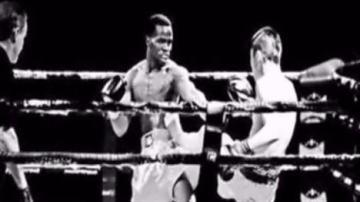 MILWAUKEE-Last Friday was Dennis Munson's first and last fight, ending in the hospital where he was pronounced dead.

In an exclusive interview with CBS 58 News, his sister says more should have been done to protect him that night.

\"He opened his eyes and mouthed the worlds 'Help me' then I started screaming,\" sister Brandy Bryant tells CBS 58 investigative reporter Sarah Barwacz, \"He closed his eyes and flat lined.\"

Munson fought for Roufusport in Milwaukee.

A witness who spoke to CBS 58 News on condition of anonymity says after the first round, Munson could barely lift his arms and by the last round collapsed.

\"Obviously something was wrong,\" the witnesses said, \"I was really upset. But the end of the fight I was so upset I had to removed myself.\"

The fight club, Roufusport, is not required to be licenses by Wisconsin's Department of Safety and Professional Services.

As CBS 58 found out, boxing and mixed martial arts are regulated but not kickboxing.

If it was regulated, kick boxers would have to be examined by a physician immediately before and after each match.

While a medical professional was present at the fight, Munson's sister says she wants the law changed.

\"I think it (kick boxing) should be regulated.\"

Milwaukee Police are investigating but said Monday that there appeared to be no criminal act.

An autopsy will confirm cause of death.