EXCLUSIVE: CBS 58 Talks With Father of girl who suddenly died 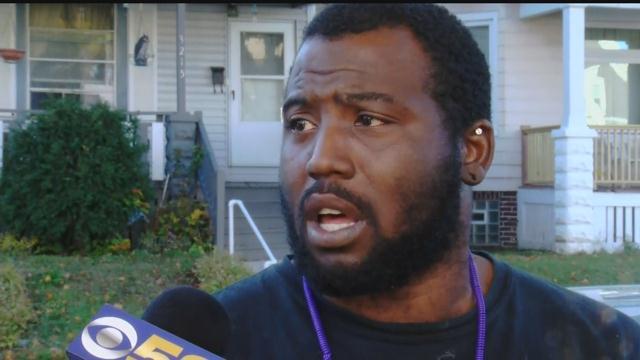 Monday update:
Investigators believe the death is connected to that initial incident about three years ago. A Racine man was sentenced to eight years in prison for the felony child abuse charge.  He could face more charges now that Khalia died.

An expert on Shaken Baby Syndrome says it is not uncommon to have problems occur later in life from shaken baby syndrome.

"It could be that they suffer from epilepsy, cerebral palsy and some of those don't manifest until later in their life because you grow at different patterns," Shaken Baby Association President Susan Kainz said.  "It's your brain that's affected."

Milwaukee Police is working with authorities in Racine on this case. We'll keep you updated as this develops.

Milwaukee Police are investigating a sudden death in the 3200 block of North Booth Street.

Officers responded to the home around 9:10 a.m. on Sunday where the victim’s mother had found the child unresponsive.

CBS 58 has learned the child, Khalia Smith, was pronounced dead at the scene.

A 29-year-old man is currently in custody.

CBS 58 spoke with Ruben Smith, the father of Khalia Smith.

Ruben Smith said he doesn’t know what happened to cause his daughter’s death, and that he rushed to the neighborhood Sunday morning all the way from Oshkosh after he got the call that his daughter died.

"It happened in her sleep, I don't know what time. I just know she was sleep, that's it. (Father starts crying). I don't know. My first born died today. That's all I can you,” Ruben Smith said.

"I want to tell y'all more, but that's just what it was. I was supposed to be celebrating two birthdays, two weeks apart, my two girls, and 10 more days."

Khalia Smith’s mother did not want to speak with the media.

"She deserves to be called a mom. She's awesome. She would never put our kids in harm’s way in any kind of shape or fashion. She's great."

Ruben Smith said the mother’s boyfriend shook his daughter when she was just three months old.

"From birth man she was awesome. She was chill, she wasn't no cry baby. You know, she slept through the night. She was smiles and giggles. She was always at piece."