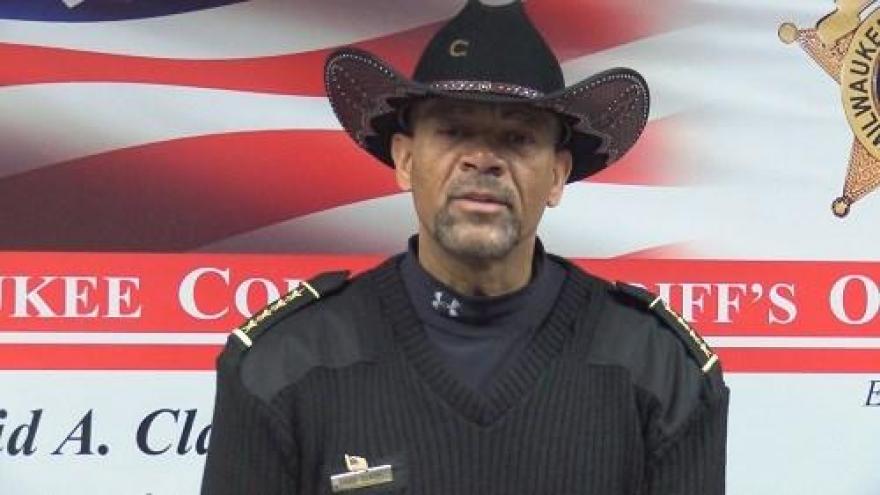 Washington (CNN) Former Sheriff David Clarke, a vocal surrogate for President Donald Trump on the campaign trail, apparently sent a profane email on Wednesday to a reporter who sent him questions on a story.

Daniel Bice, a reporter at the Milwaukee Journal Sentinel, tweeted out a screenshot of his email to Clarke's email address, as well as the response.

The email Bice sent included three questions about the end of Clarke's round-the-clock security detail he had at his house.

Bice tweeted the response: "'F*** you and the horse you rode in on.' I'm David Clarke and I approve this message."

Clarke has not yet responded to CNN's request for comment.

"And here is Clarke's former flack directing all questions about the former sheriff to this address," he tweeted, with a screenshot to the email.

Clarke, a loyal supporter of Trump who is reviled by civil rights advocates, resigned from his postlast month and joined the super PAC America First Action, which helps elect candidates who support the Trump administration.

He announced in May he was going to join the administration as an assistant secretary in Department of Homeland Security, serving as a liaison with law enforcement at several levels across the country. In June, however, a DHS spokesman told CNN he was no longer under consideration.

Clarke has been the subject of scrutiny for his controversial comments, including calling members of the Black Lives Matter movement "purveyors of hate."

He has also faced backlash for his management of a Milwaukee County Jail, in which an inmate died of dehydration after going a week without water, according to prosecutors.