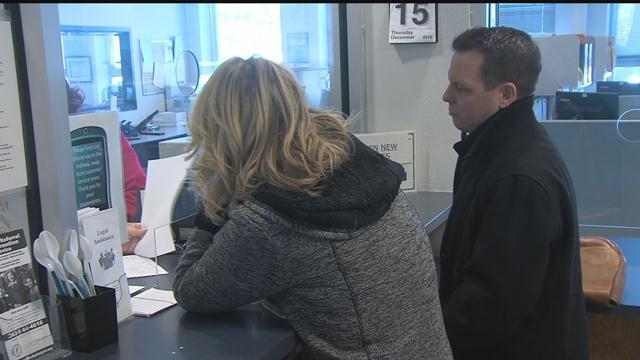 Serious allegations are being made against a former Green Bay Packer.

The ex-girlfriend of Santana Dotson claims he threatened to hurt and maybe even kill her.

At the Waukesha County Courthouse Thursday, Kristin Magolan filed paperwork for a temporary restraining order against Dotson. It's her second case in less than a week against the former packers defensive tackle.

The first, filed last December 9, claims Dotson owes the woman $290,000 that he borrowed back in 2014. It also accuses him of using her credit card without permission.

Earlier this week, an attorney not related to the case called the complaint "really vague."

"It doesn't go into any great detail about the relationship between the plaintiff and the defendant," said attorney Thomas Simon.

But the restraining order petition does. Magolan states Dotson is her ex-boyfriend.

She says a mutual friend overheard him making threats against her because of the lawsuit, saying she should "be afraid to look out her blinds" and that "he may have to go "Houston style" on me."

The Mukwonago woman's restraining order was denied for now. A Waukesha County judge scheduled a hearing on her request for December 29.