"Everything is gone:" Crews battle large fire at strip mall near 76th and Appleton 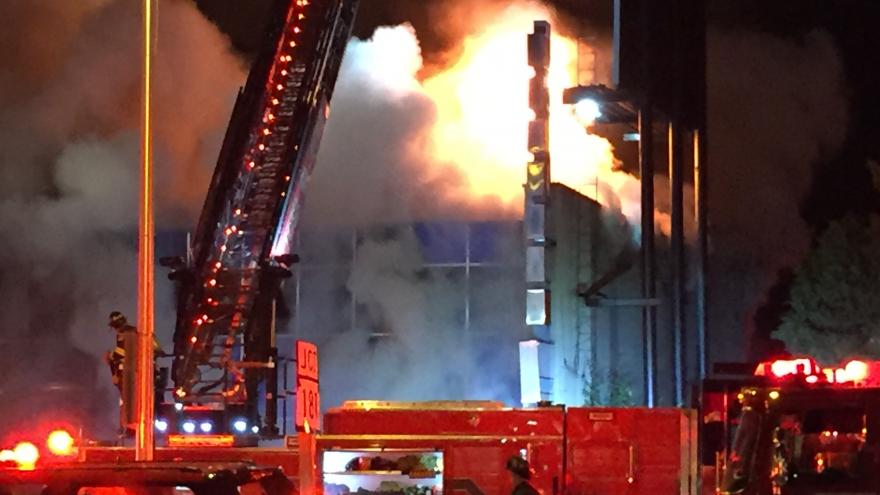 MILWAUKEE (CBS 58) -- Flames and smoke were seen shooting from a strip mall on Milwaukee's north-west side Monday evening.

Firefighters were called to the strip mall just after 6 p.m. near Appleton and Fiebrantz. They say the building was fully engulfed.

Crews say they went into the business on the end and found fire in the basement and on the first floor. They couldn't get to the basement because of debris like boxes so they withdrew all firefighters inside the building and switched to a defensive fight.

The strip mall has several businesses including a few restaurants and a health food store. The owner says all her stuff is gone now but she'll be okay.

"Someone called me and said the building was smoking but I didn't expect this. Everything is gone, the building is gone. I have to get everything all over and start over so I'm not going to be sad. I'm gonna get somewhere, get my game plan together and keep it moving," said Karen Long, owner of Garden of Eden.

Firefighters remain on scene putting out hotspots making sure the fire doesn't spread to other businesses in the strip mall.