MILWAUKEE (CBS 58) -- Governor Tony Evers announced some of the funds under his control from the American Rescue Plan will go to economic investment to help the state recover from the pandemic.

“We will get the money out the door as quickly as we can,” Gov. Evers said during a news conference at Miss Molly’s Café & Pastry Shop Monday, March 29.

A total of $3.2 billion will be directly under the governor’s control. Evers announced $2.5 billion of those funds will go to economic investment, including $50 million for the state’s tourism industry and $600 million for small business grants.

The governor also announced other allocations including $200 million for infrastructure investment with a significant portion going to broadband access. Another $500 million will be set aside for the state’s ongoing pandemic response. 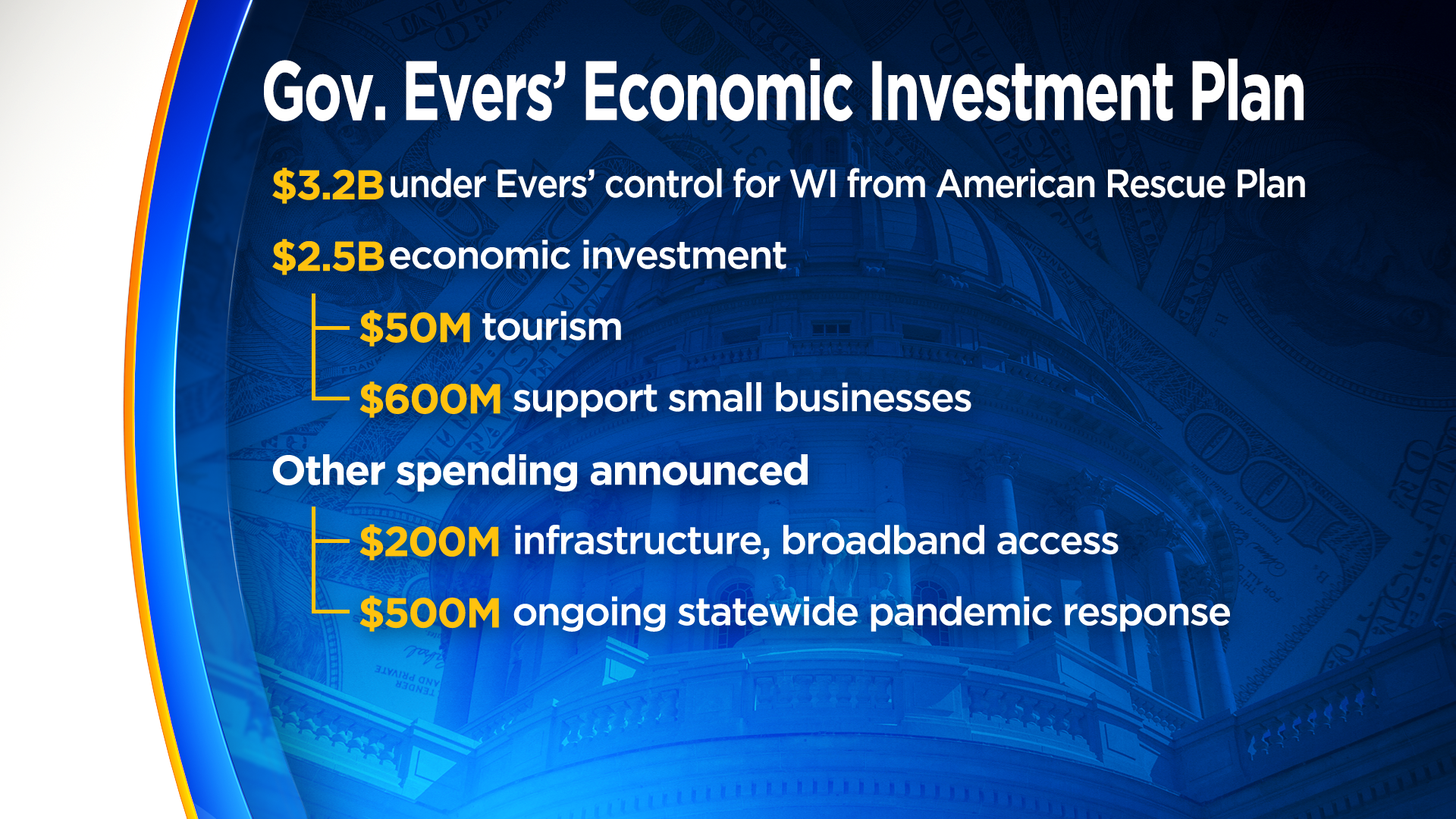 Gov. Evers also vetoed a bill to allow the Republican-run Legislature to control how those relief funds are distributed. The governor expressed concern that objections at the legislative level could halt and slow the release of funds.

“To make sure once we get the guidance we need from the federal government, we can work to get these funds out quickly, and make sure they don’t get tied up in some political fight in the Legislature,” Evers told reporters.

During debate over the bill earlier this month, Republicans argued oversight was important.

Democrats at Monday’s news conference said there is an urgency to get funds to people in the state as quickly as possible.

The owner of Miss Molly’s Café, located on the corner of 92nd and Center, said the grants are a much-needed lifeline.

“for small business owners the pandemic is nowhere near being over,” Molly Sullivan told CBS 58. “Every day it’s stressful, knowing and worrying about money and knowing another round of grants is coming and coming soon is really, it gives you a lot of security."