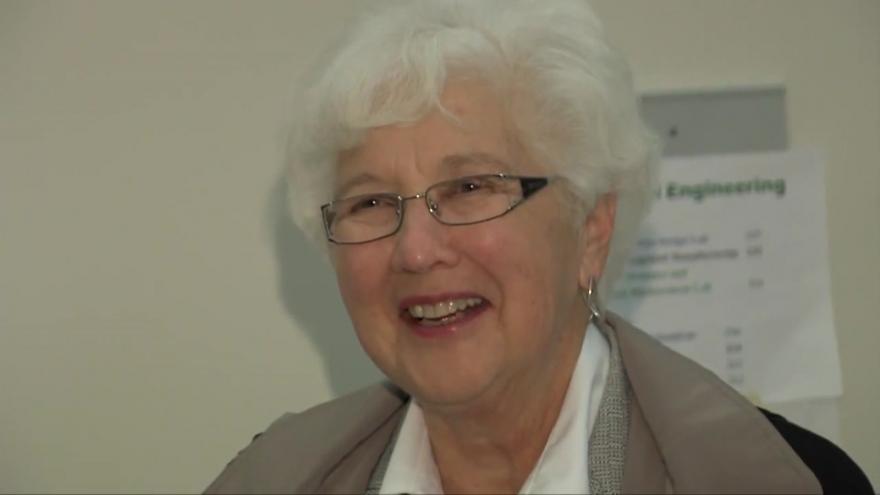 See Also 'She was a trailblazer'; Margaret Farrow, Wisconsin's 1st female lieutenant governor, passes away
MADISON, Wis. (CBS 58) -- Governor Tony Evers signed an executive order Thursday, March 17 ordering the flags of the United States and the state of Wisconsin to be flown at half-staff in honor of former Lt. Governor Margaret Farrow.

The order will be in effect from sunrise to sunset on Friday, March 18.

Margaret Farrow passed away on March 8 at the age of 87.

“Kathy and I are very saddened to hear of the passing of former Lieutenant Governor Margaret Farrow, whose distinguished career and service to the people of Wisconsin will go down in our state’s history books,” said Gov. Evers in a statement released at the time of former Lt. Gov. Farrow’s passing. “Former Lieutenant Governor Farrow and I served on the Board of Regents together, and I was always grateful for her perspective and her kindness. We offer our deepest sympathies and respects to her husband, John, County Executive Farrow, all the members of the Farrow family, as well as the many friends, neighbors, and colleagues who knew and loved her. We are thinking of them and wish them peace in mourning her loss.”

Services for former Lt. Gov. Farrow will be held on March 18 in Hartland.