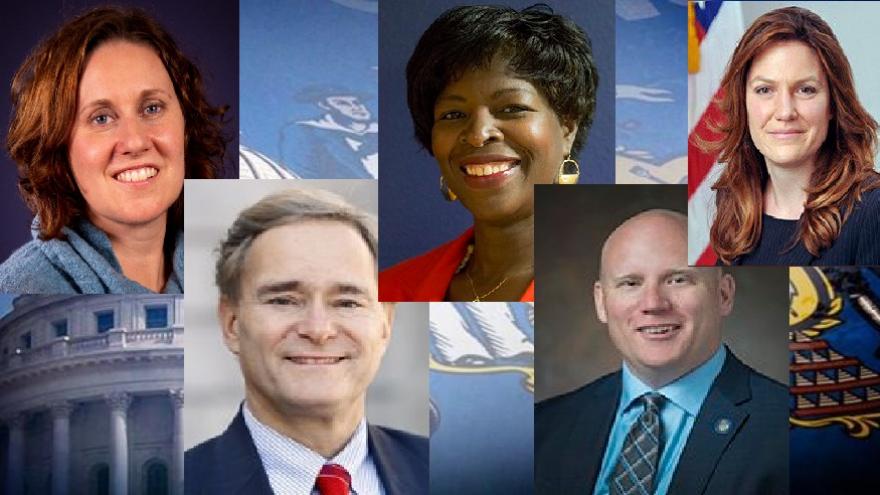 The other two newly named Cabinet members currently work for Evers in his job as state superintendent.

Evers, a Democrat, takes over for Republican Gov. Scott Walker on Monday. His Cabinet is nearly complete, with only the secretary for the Wisconsin Housing and Economic Development Authority left to name. All the picks are subject to confirmation by the Republican-controlled Wisconsin Senate.

Palm, who has experience as a member of President Barack Obama's administration working on implementation of the Affordable Care Act, is a key addition to Evers' inner circle. She will lead the state agency with a $12 billion annual budget that oversees Wisconsin's Badger Care Plus Medicaid program, SeniorCare and a host of other public benefits programs.

"Palm brings a wide range of expertise on health care issues and will be a very valuable asset for the Evers administration and for health care policymaking in Wisconsin," Peacock said.

Evers campaigned on expanding health care coverage and implementing the Medicaid expansion allowed under the federal Affordable Care Act. Walker and Republicans who control the Legislature did a partial expansion, but never accepted the federal money to cover about 75,000 additional poor people.

Under Wisconsin law, those only earning up to the poverty level, or $12,140 for a single person, qualify for the state's Badger Care Plus Medicaid program. Expanding it to 138 percent of poverty — $16,753 for a single person and $34,638 for a family of four — would require legislative approval.

Making the move to accept the federal expansion would save the state an estimated $180 million a year. Wisconsin missed out on $1.1 billion since 2014, according to the nonpartisan Legislative Fiscal Bureau. Thirty-five states have taken the money, and voters in three others approved the expansion in the November election.

Evers plans to include the $180 million in his budget proposal and increase reimbursement rates for Medicaid providers, hoping to reach a compromise with Republicans who have argued against expansion because of the additional cost it places on doctors who provide their care.

Wisconsin's BadgerCare Plus Medicaid program covers about 773,000 people, about 300,000 of whom are non-disabled, non-elderly adults. The department's total budget this year is about $12.3 billion, with $4 billion in state general purpose money. More than 80 percent of the agency's budget, about $10.2 billion, is spent on Medicaid programs.

Palm most recently served as senior counselor to the secretary of the U.S. Department of Health and Human Services under Obama from 2014 until 2017.

According to her online biography, Palm oversaw the operational agenda for the public health and human services agencies, encompassing more than 60,000 staff members. She also worked as a senior adviser to the White House Domestic Policy Council during implementation of the Affordable Care Act.

Before joining the Obama administration in 2009, she worked five years as a health policy adviser to then-Sen. Hillary Clinton.

Barca, of Kenosha, is a former Democratic minority leader, former congressman and previously worked in then-President Bill Clinton's administration. His departure from the Assembly will require Evers to call a special election to replace him.

Frostman, of Sturgeon Bay, was elected to the Senate in a special election last year. He lost to Republican Rep. Andre Jacque in November. He previously served as executive director for the Door County Economic Development Corporation.

Crim, before she joined the state education department, worked for 20 years within the University of Wisconsin System. She first came to UW-Madison in 1996 to work as an assistant women's basketball coach.