Escort arrested for shooting client in the head twice 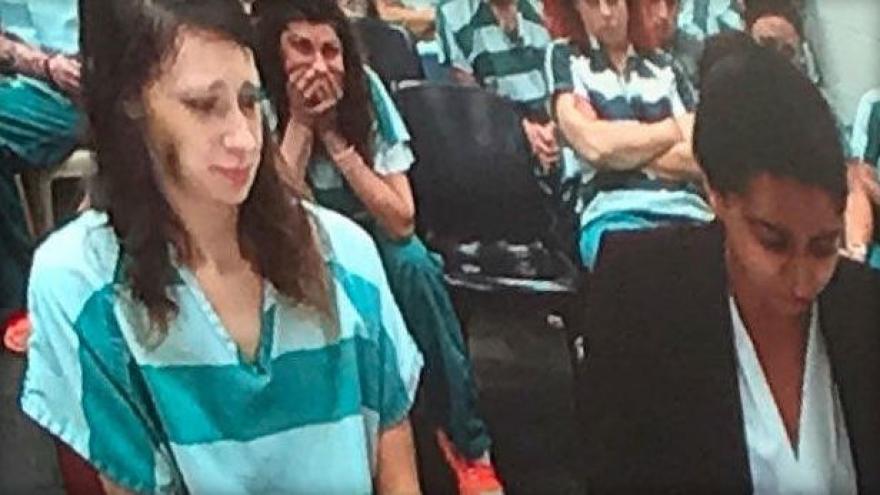 (CBS News) -- A 21-year-old escort has been arrested on suspicion of shooting a client in the head and stealing his wallet and gun, CBS News affiliate KIRO-TV reports.

Prosecutors say Marissa Wallen made her first court appearance by video on Wednesday. She's currently being held in lieu of $1 million bail.

According to court documents, Wallen shot the 36-year-old man in the back of his head while they were engaged in sexual activity at his home in North Everett, Washington. Wallen said she fired a second shot, which "struck him in the side of the face."

The Herald Net reports the shooting took place on Oct. 21. Wallen said she shot the man "because he was performing (a sex act) wrong," according to her statement.

Authorities transported the victim to a hospital where he underwent a CT scan, which showed two bullets remained in his head.

Court documents show the man "had been hiring female escorts and frequenting a strip club in Seattle" prior to the shooting.

Prosecutors say Wallen is also accused of spending more than $10,000 on the victim's credit cards.

A second suspect, Jenner Matthews, was arrested in connection to the case. Wallen allegedly made payments to Matthews through Facebook by using the victim's account.