Elvis and Orbison: The Voices of Rock playing at the Pabst 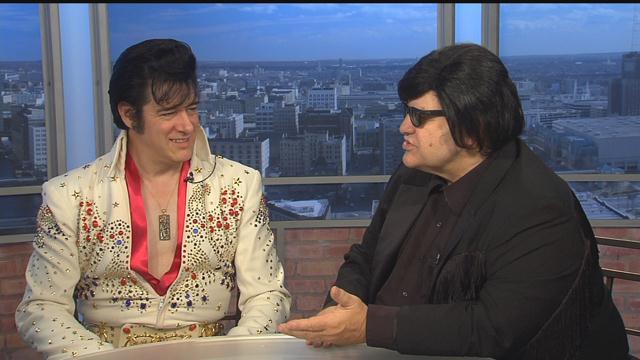 Elvis and Orbison: The Voices of Rock is an unforgettable tribute to two of music’s greatest legends.

Elvis Presley was undeniably the King of Rock ‘N’ Roll, a transformer of popular music and culture, and the original American idol. He touched countless millions with his performances.

Yet even he acknowledged that Roy Orbison was “quite simply the greatest singer in the world.”

With his haunting operatic voice and mysterious persona, Orbison could move audiences while standing still.

Tribute artists John Van Thiel and Danny J, together with the fabulous Legendaires Show Band, were special guests on the CBS 58 News at 4:30 p.m.

The Elvis and Orbison: Voices of Rock Show is Saturday, August 15th at the Pabst Theater.