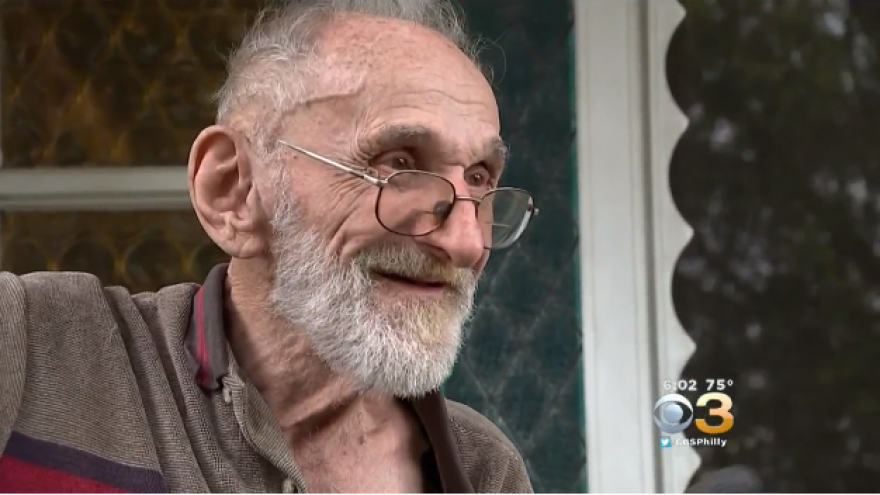 PHILADELPHIA (CBS) — Philadelphia police have made two arrests in connection with a home invasion robbery in the city’s Bustleton neighborhood early Wednesday morning.

Police say 89-year-old Pete Labuda heard a knock at the door at about 3:30 a.m. at his home in the 9600 block of Chapelcroft Street. He recognized the woman outside, so he opened up.

“He said that two men came in behind her, forced him [inside at gunpoint], tied him up,” said Northeast Detectives Lt. Dennis Rosenbaum. “They took his safe and his car, some cash and jewelry.”

“Shortly thereafter, a couple of people had been wondering around the car,” Rosenbaum said. “One of the males got in the car with a set of keys and attempted to leave. They converged on him, took him into custody.”

A second man ran from a nearby home when police came knocking. He was arrested by officers waiting out back.

Authorities are looking for the woman who they believe was working with the duo.

Meantime, Labuda knows how lucky he is to have escaped the ordeal with only a few scratches.

“I’m lucky they didn’t kill me in there,” he said. “I was set up by some young people who I sent to the store, gave a few dollars.”

So far, charges have not been filed against the two people in custody. The robbery remains under investigation.