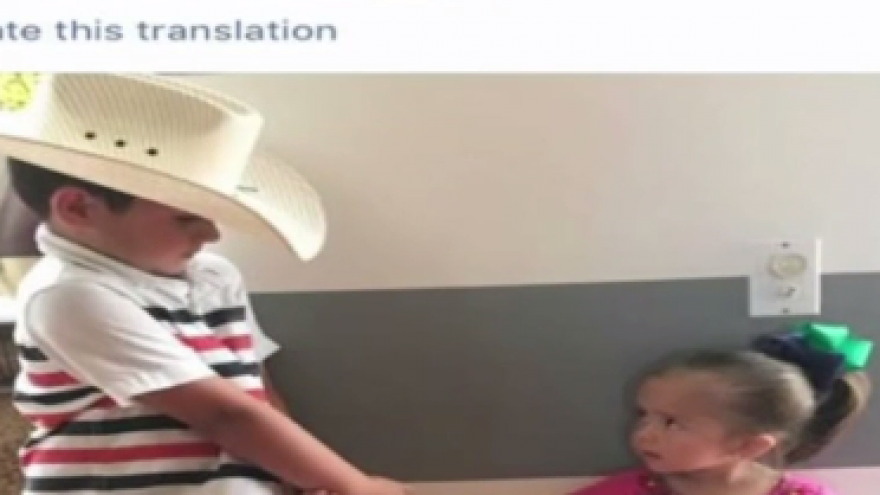 EL PASO, Texas (CBS4) — It was a translation gone wrong.

An El Paso mother is requesting an apology from Facebook after a caption she posted was translated into something very offensive.

Nayelie Wiggs said she posted a picture of her two kids on the social media site, with the caption “Mis ½ Mexicanitos.”

But, the word “Mexicanitos” was translated into “wetbacks.” 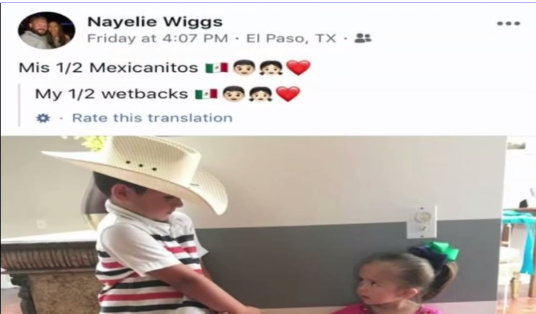 Wiggs told CBS4 she didn’t notice the translation until some of her family members contacted her.

Now, Wiggs wants an apology from Facebook and for the issue to be fixed.

She said she would never use that word to describe anyone and is offended that this even happened.

"I would never say that to anyone, you know what I mean? Let alone my children,” she said. “So, it was very offensive, very offensive."

Wiggs said she does not understand how this could’ve happened and issued an apology of her own on her Facebook page addressed to her followers after she was made aware of the situation.

CBS4 contacted Facebook for an explanation of the mistranslation.

A spokesperson released this statement to us: "We're very sorry about this mistake. The translation provided was inaccurate and offensive. The automatic systems we use for translations misidentified patterns. We corrected the error as soon as we were made aware of it."