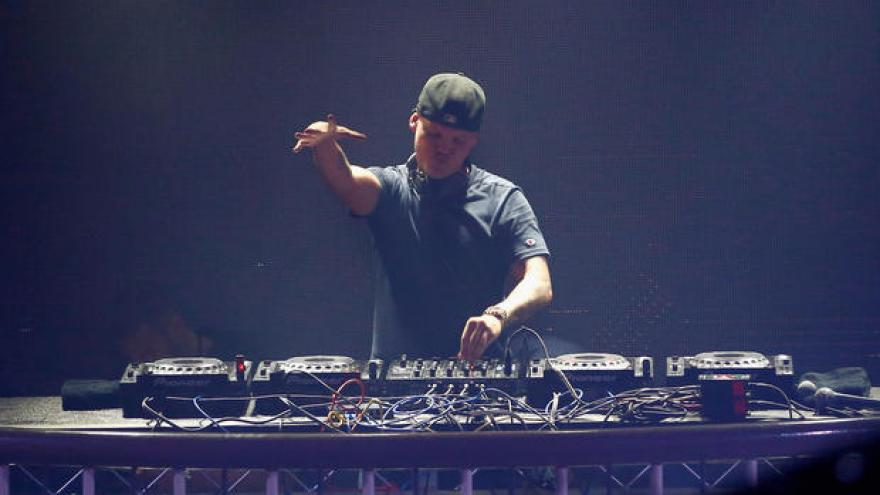 NEW YORK (CBS News) -- The Swedish-born producer and DJ known as Avicii has been found dead in Oman. Publicist Diana Baron said in a statement that the 28-year-old DJ, born Tim Bergling, was in Muscat, Oman.

The statement said, "It is with profound sorrow that we announce the loss of Tim Bergling, also known as Avicii. He was found dead in Muscat, Oman this Friday afternoon local time, April 20th. The family is devastated and we ask everyone to please respect their need for privacy in this difficult time. No further statements will be given."

Avicii was a pioneer of the contemporary Electronic Dance Music and a rare DJ capable of worldwide arena tour. He won two MTV Music Awards, one Billboard Music Award and earned two Grammy nominations. His biggest hit was "Le7els."

In 2016, the DJ announced that he was retiring from live performances, saying, "I know I am blessed to be able to travel all around the world and perform, but I have too little left for the life of a real person behind the artist."

"I will however never let go of music," he said. "But I've decided this 2016 run will be my last tour and last shows. Let's make them go out with a bang!"

In 2014, Avicii also opened up about his health issues, telling Billboard he needed to take time off to recover after having his appendix and gallbladder removed.

"Since my operation, I'd just been going and going," he said at the time. "I was dropping weight. I needed to take a break."

Avicii's death comes just days after he was nominated for a Billboard Music Award for top dance/electronic album for his EP "Avicii (01)." On Tuesday, the DJ thanked Billboard for his nomination. The artist was very active recently, recording episodes for his podcast, creating new music, investing in startups and relaunching his mobile game, "Gravity HD."