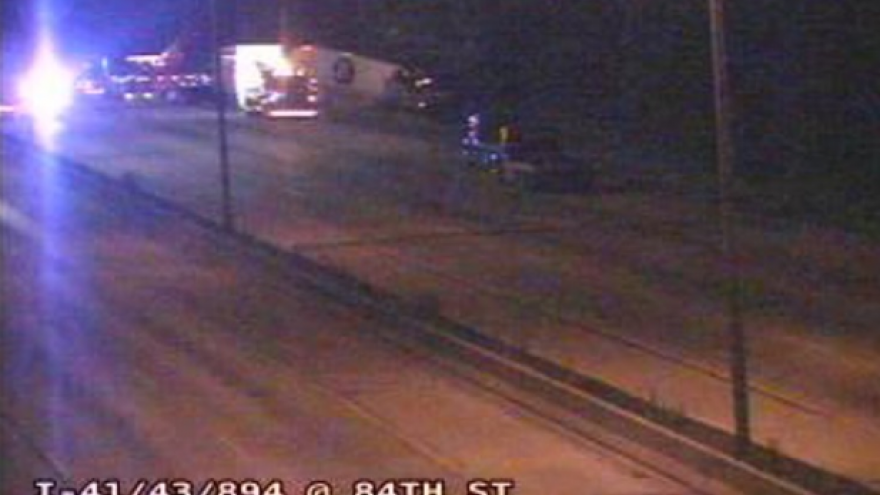 UPDATE- All lanes of traffic reopened just before 4:30 a.m. along I-894/43 eastbound. Traffic in the area has returned to normal.

All lanes of east bound I-894 are closed this morning near S 84th Street as crews are removing a semi-trailer truck from the ditch.   According to the DOT, just before 1 AM a semi went into the ditch after it was hit by a log that fell off another semi-trailer truck.  Both trucks were east bound at the time.  No injuries were reported in the accident.  East bound 894 is closed at 84th Street and traffic is being detoured off the freeway to Layton and then east to 76th Street where it can rejoin east bound 894.  Efforts to remove the crashed semi are expected to take several hours.