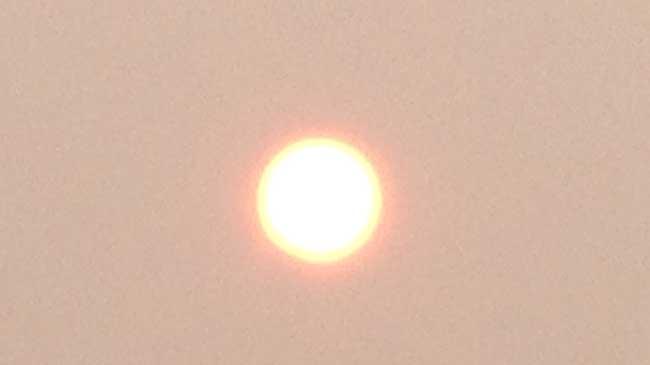 Over the weekend we passed an astronomical event known as the Perihelion. Simply point, the Earth's orbit reaches the closest distance from the sun during the Perihelion. It officially occurred at 4:49pm Saturday. Too bad that doesn't equal warmer weather! More on that in a moment, but first, let's take a peek at a visual representation of the Perihelion and its opposite Aphelion, courtesy of timeanddate.com. Check it out: 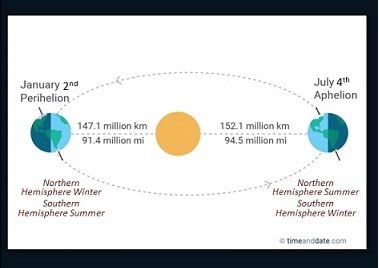 Perihelion translates from Greek as Peri = near + Helios = sun.  During this time, the Earth is about 3 million miles closer to the sun in early January than during the Aphelion in early July. Additionally, the Earth is moving 2,236 mph faster now than it will be in July. So, by contrast, is a slower moving Earth the reason for the dog days of summer?? Not quite. The earth's seasons are driven by the tilt of our orbit. So right now in the northern hemisphere, the Earth is tilted away from the sun. And that means cold days and long nights. By contrast, the Earth's axis tilts toward the northern hemisphere during summer. Even though the Sun is 3 million miles farther away than right now it's still our warmest time of the year. Interesting to think about such a large distance not impacting temperatures as much as one might think. At least we are slowly gaining more sunlight. By the end of the month we'll have almost an hour more daylight than right now!