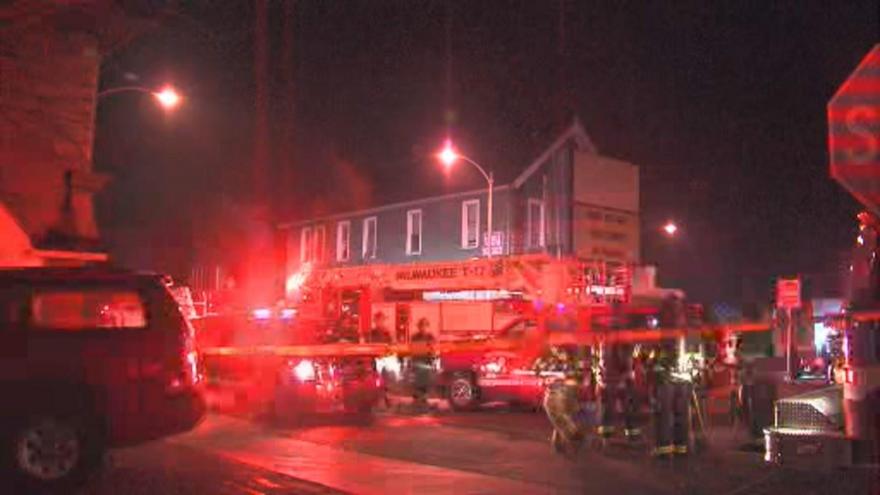 Nine people were displaced by an early morning fire on Milwaukee’s south side.   The fire was reported just before 2 AM in a two story building on W Forest Home Avenue near S Muskego Avenue.  According to the Milwaukee Fire Department, the 9 people living in apartments on the second floor of the building had to be evacuated by firefighters.  No one was injured in the fire.   The residents are being assisted by the Red Cross.   The fire apparently started in a first floor hair salon.  The cause of the fire is under investigation.  Damage from the fire is estimated at $900,000.   There were no working smoke detectors in the structure.