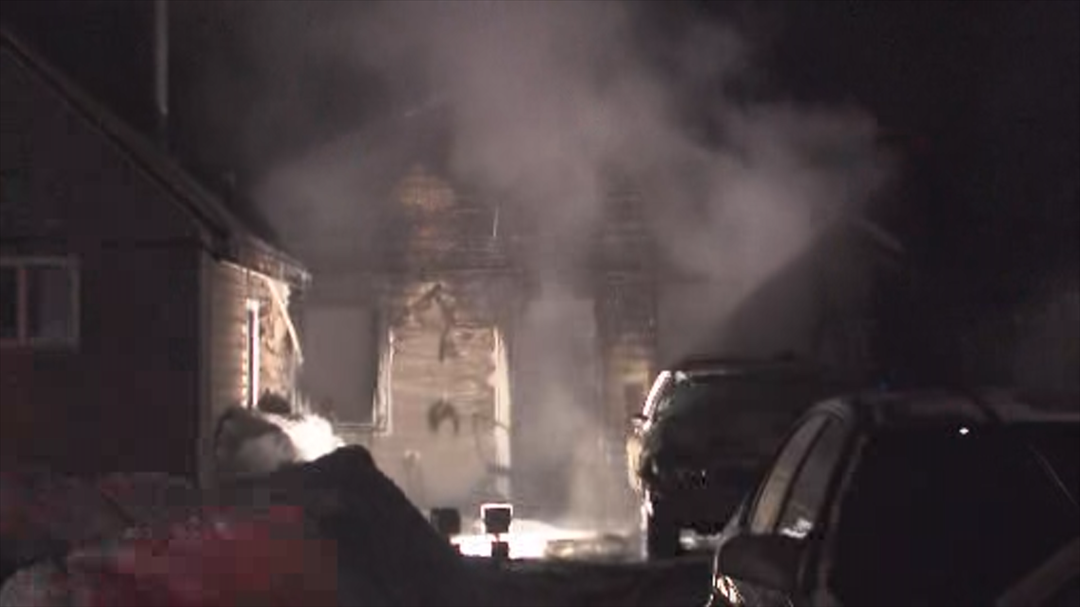 A family of three is without a home after an early morning fire in Mount Pleasant. The fire was discovered around 2:20 AM in the attic of a single family home on Lawndale Avenue near Sheridan Road.

Firefighters from seven departments responded to the blaze. When crews arrived, the house was fully engulfed in flames.

The three residents, two adults and a child, were able to escape the house before firefighters arrived. They were all taken to a local hospital for treatment of non-life threatening injuries.

Slick road conditions from snow over the weekend slowed response times and sub-zero temperatures and frozen equipment made firefighting efforts difficult.  Fortunately, snow had been shoveled around the closest fire hydrant which saved crews some time when they got to the scene.

Despite the firefighting effort, the house is destroyed. The flames also spread to a neighboring house, but damage to that home is minor. The cause of the fire has not been determined yet.