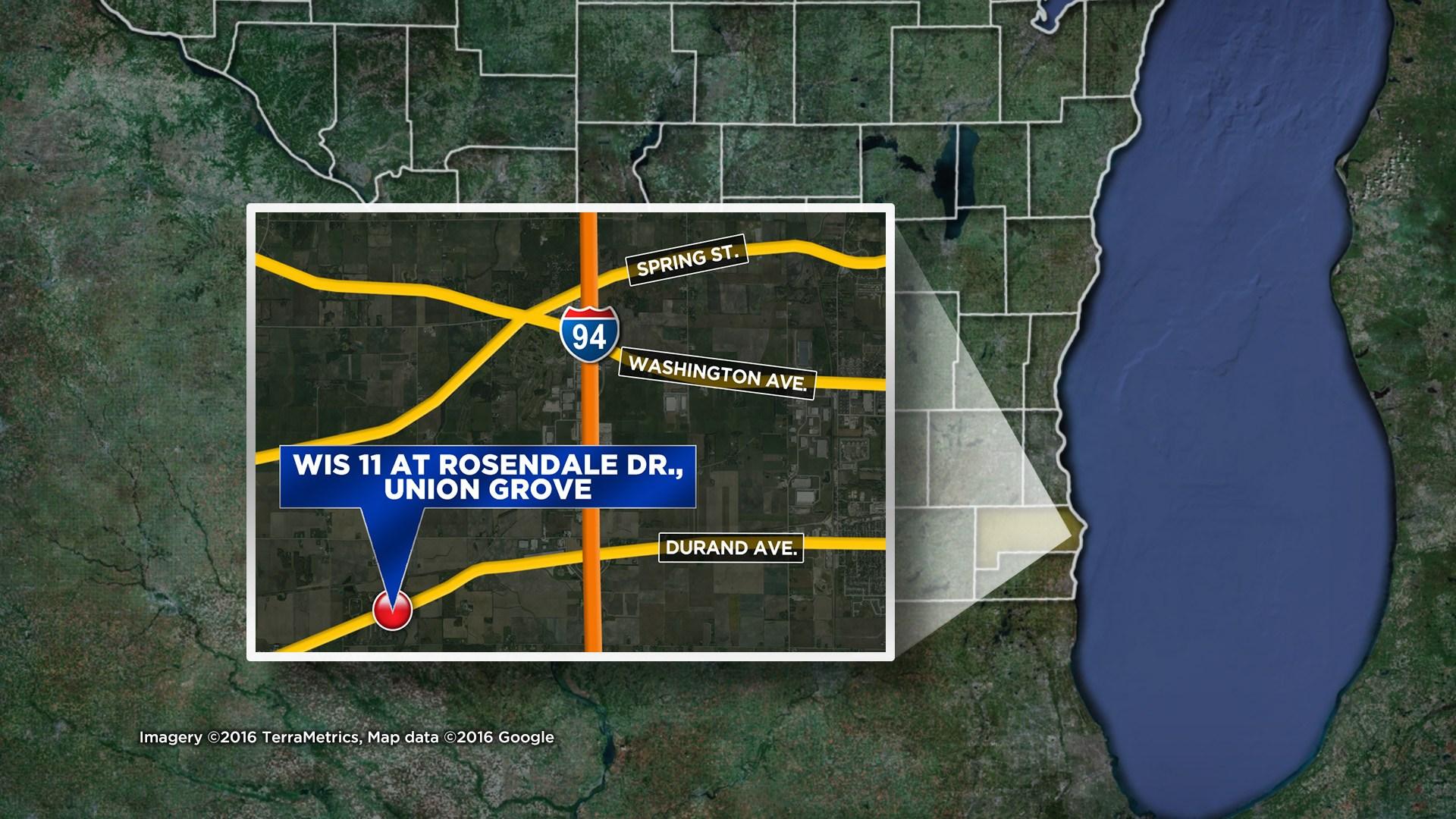 A 43-year-old Racine County woman died this morning after being struck by a semi-trailer truck on Wisconsin Highway 11 near her Town of Yorkville home.   According to the Racine County Sheriff’s Office, the woman was  struck around 3 AM as she was trying  to retrieve her dog.  When Deputies arrived at the  scene  in the 15800 block of Durnad Avenue,  they began life-saving efforts.  Flight for Life was called but according to Union Grove Fire officials, weather conditions grounded the helicopter.  The woman was then transported by ambulance to the Wheaton Franciscan Hospital in Racine where she was later pronounced dead.

Traffic on HWY 11 was closed in both directions at Rosendale Drive for about three hours as the RCSO investigated the accident.    The driver of the semi remained at the scene and is cooperating in the  investigation of the accident.