MILWAUKEE (CBS 58) -- Tape is up, the doors are boarded, and the Marquette Women's Basketball team is without a home for a few days after a suspected drunk driver crashed into the Al McGuire Center.

A suspected drunken driver crashed into the Al McGuire Center on Marquette’s campus early Saturday morning. We have surveillance video at 10 on @CBS58 (Courtesy: @MarqStool) pic.twitter.com/PFMnMap7AR

Cameras show the vehicle moving down 12th Street then right through the doors fo the Al McGuire Center. It backs up as if to leave, but then abruptly pulls forward into the arena.

University Police say the driver, who is not affiliated with Marquette, was taken into custody and alcohol is suspected to be a factor in the crash. No one was hurt. 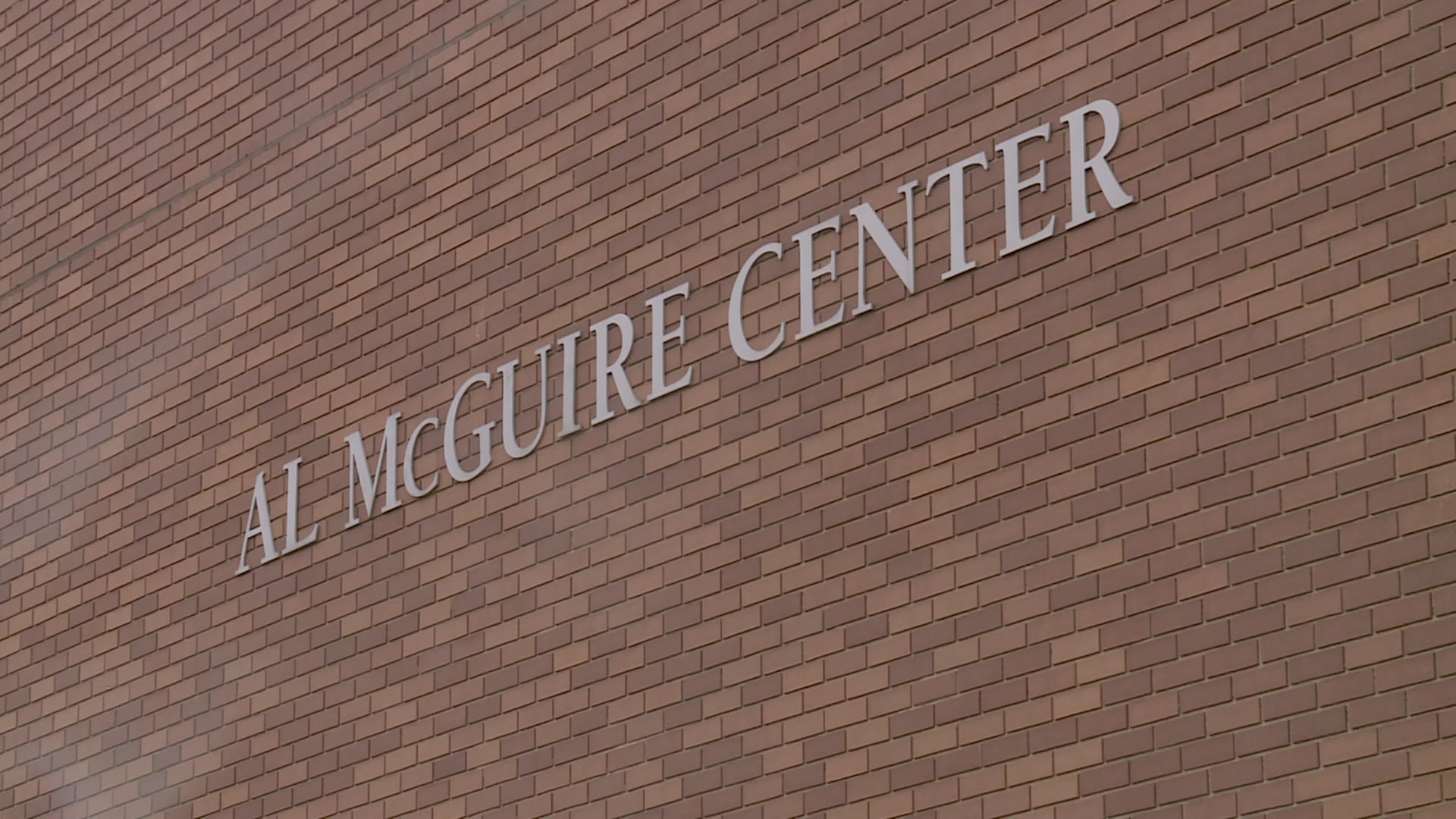 The school's Women's Basketball team will play two games away from the arena while it's fixed up. For some students, the crash calls attention to the issue of drunk driving.

"You're putting innocent people in danger. I think it's a problem and I don't think Wisconsin takes it as seriously because we're known as the beer state," said Marquette sophomore Sondra Vickstrom.

According to the Wisconsin DOT, nearly 30,000 people were arrested for OWI in 2015, the latest data available.

"The city of Milwaukee, they're known for drinking. We have a lot of bars around here. I think unfortunately that's just part of the cost we're going to have to pay," said Marquette sophomore James Ogunbola.

The Marquette Women's Basketball team will play on the UWM campus on Wednesday. The NCAA volleyball tournament will still start on schedule at the Al McGuire Center on Friday.

MILWAUKEE (CBS 58) -- The site of the Marquette University Women’s Basketball game has been moved because of a suspected drunk driving accident early Saturday morning on the MU campus.

According to an MU news release, early Saturday morning a car crashed into the Al McGuire Center.   Around 2:30 AM, a car was reported to be traveling southbound on 12th Street when the driver lost control of the vehicle and crashed into the building.    University officials say the vehicle crashed through the building and ended up on the floor of the McGuire Center.   The driver was not injured and the building was unoccupied at the time of the accident.

The driver was taken into custody at the scene by the Marquette University Police.   Alcohol is believed to be a factor in the crash.   Police say the driver is not affiliated with the University.

The University is currently assessing the damage to the building and as a result, the women’s basketball game scheduled for 2 PM this afternoon in the Al McGuire Center will instead be played at Fiserv.Forum.