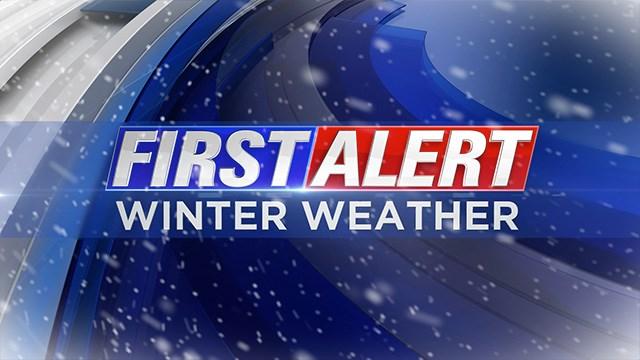 Snow and ice don't make for good companions on the road. But this is what we had to deal with for the morning rush.

Even beyond then, the conditions caused scary scenes to play out like an overturned car on the ramp to I-43 and Keefe. It toppled onto a fire hydrant. Luckily, we're told the driver walked away unharmed. The Milwaukee Sheriff's Department says into the early afternoon there were some 70 crashes or spinouts on the highway.

Now the concern is with plummeting temperatures and anything liquid could freeze right away. But the Department of Public Works says there's still plenty of salt for the remainder of the season to treat the roads. And while the DPW is finishing clearing the roads, the department wants to remind all of you to clear around your trash and recycle bins. Service never stopped during the storm.