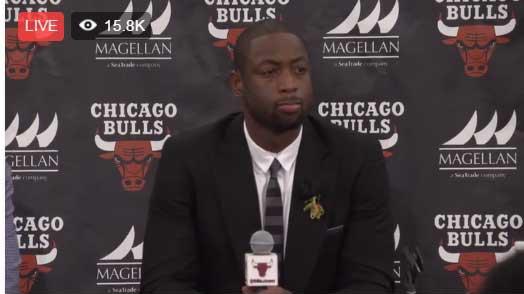 Marquette University's Dwayne Wade was introduced on Friday in Chicago as an official member of the Chicago Bulls team member.

He joins fellow Marquette alumni Jimmy Butler on the team.

Wade said during the press conference that he is aware Butler will be playing more than Wade.

He said he has played against Butler, and now wants to learn as much about Butler including his sleeping pattern.

"I hope Jimmy has an unlimited plan as he travels around the world. Because I'm going to be texting him," said Wade.