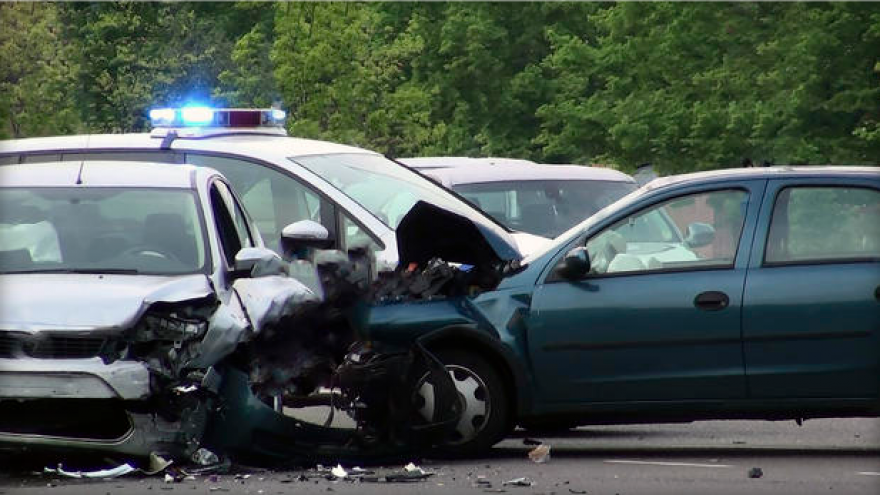 (CBS) For the first time, data shows that drivers killed in car crashes in the United States were more likely to be on drugs than drunk, according a new report.

On Wednesday, the Governors Highway Safety Association (GHSA) and the Foundation for Advancing Alcohol Responsibility (Responsibility.org) released a study that found 43 percent of drivers tested in fatal crashes had drugs of any kind – prescription or illegal – in their system, compared to 37 percent who showed alcohol levels above the legal limit.

The organizations say that concerns about drug-impaired driving have escalated recently, with more states legalizing marijuana and record numbers of people dying from drug overdoses amid the opioid epidemic.

\"Drugged driving has increased dramatically and many of today's impaired drivers are combining two or more substances, which has a multiplicative effect on driver impairment,\" Ralph. S. Blackman, president and CEO of Responsibility.org, a nonprofit funded by alcohol distillers, said in a statement.

Of drivers killed in crashes who tested positive for drugs, 36.5 percent had used marijuana, followed by amphetamines at 9.3 percent, the report found.

The report calls for increased training for law enforcement to detect drivers who are on drugs – something that is complicated, police say. Unlike a Breathalyzer test to detect alcohol-impaired drivers, there is no standard roadside test to detect most drugs.

\"As states across the country continue to struggle with drug-impaired driving, it's critical that we help them understand the current landscape and provide examples of best practices so they can craft the most effective countermeasures,\" said Jonathan Adkins, executive director of GHSA.

The report has several limitations, including that states vary greatly in how many and which drivers are tested, what tests are used, and how test results are reported. Furthermore, the records only record drug presence, not drug concentrations that can be compared to blood-alcohol levels.

\"Drugged driving is a complicated issue,\" said the report's author, Dr. Jim Hedlund, a former senior NHTSA official. \"The more we can synthesize the latest research and share what's going on around the country to address drug-impaired driving, the better positioned states will be to prevent it.\"