Drug Use by U.S. Teens Drops to All-Time Low 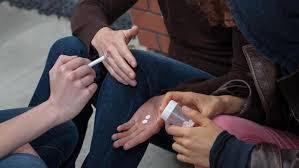 That’s the heartening finding from a new survey by the U.S. National Institute on Drug Abuse (NIDA).

Fewer teens are using illegal drugs than ever before, the survey found, and fewer are falling prey to the epidemic of prescription drug abuse plaguing many adults in the United States.

“There are significant decreases in the patterns of drug consumption among teenagers in our country,” Volkow said. “Quite significant, to the point where we have several drugs at the lowest levels that we’ve ever seen since the inception of the survey.”

The results come from the 2016 Monitoring the Future survey, an annual study of behaviors and choices among teens in the eighth, 10th and 12th grades.

This year’s survey found that:

Results regarding marijuana were more mixed.

However, older teens continued to use marijuana at about the same rate. For example, 22.5 percent of high school seniors reported using pot within the past month, and 6 percent reported daily use — roughly the same as last year.

Volkow said the marijuana results are encouraging, given the wave of marijuana legalization across the United States.

“Because of that, we’ve been significantly concerned that the pattern of marijuana use would go up among teenagers,” Volkow said.

Marcia Lee Taylor, president and CEO of the Partnership for Drug-Free Kids, said the results show that “we need to keep an eye on marijuana,” as legalization efforts reduce the perception of risk regarding pot.

“A 6 percent daily use rate is incredibly high,” Taylor said, citing the statistic for 12th graders. “That is incredibly troubling. It’s good that it didn’t go up, but it’s still unacceptably high.”

No one is sure what’s causing this overall decline in drug use among teens, but there are a few leading theories, Volkow said.

Increased use of social media could be playing a role in reducing peer pressure to try drugs, she said. A teen socializing remotely can’t physically offer another kid drugs.

Video games also might be providing an adrenaline-pumping alternative to drugs. However, researchers are concerned that these games are creating compulsive patterns that amount to swapping one unhealthy addiction for another, Volkow said.

Finally, the successful campaign against teen smoking might be paying unintended benefits as these kids grow older, Volkow said.

Research has shown that early exposure to nicotine primes the brain to be rewarded when teens experiment with other drugs, she said. Smokers are much more likely to become addicted to illegal drugs or alcohol after trying them, she added.

Unfortunately, e-cigarettes might counter these benefits. The survey found that only one in four 12th graders think e-cigarettes contain nicotine, with 63 percent claiming they contain “just flavoring.”

One initiative is known to have a real effect on teen substance abuse — multi-pronged and aggressive public campaigns aimed at teens, such as the ones that have led to historically low use of tobacco and alcohol, Volkow said.

Unfortunately, funding for these campaigns is not solid. Taylor cited the “Above the Influence” campaign, a cooperative project between her group and the Office of National Drug Control Policy.

“That campaign was defunded by the federal government,” Taylor said. “Teens aren’t getting that counter message anymore. I think it’s important they understand [drugs aren’t] a harmless substance, particularly for a developing brain.”