Driver walks dog on leash out of moving car 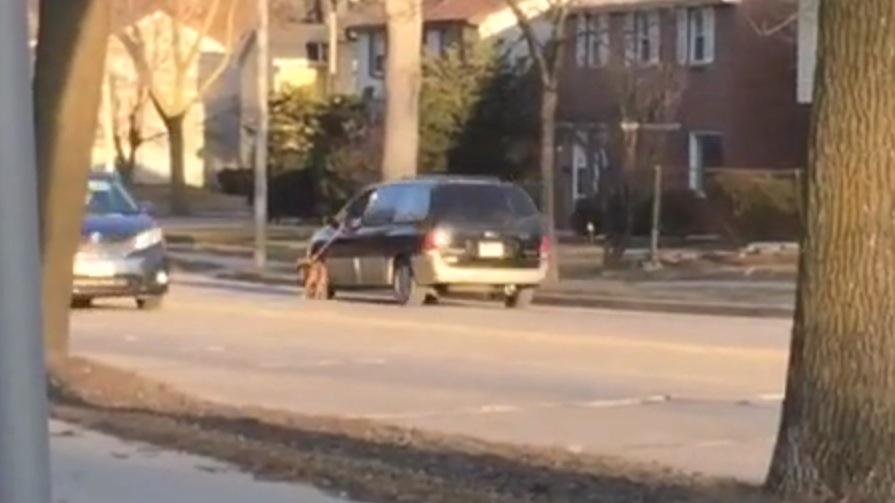 A video posted on Milwaukee Reddit came to our attention showing someone walking their dog out of a moving car on Watertown Plank Road. The shocking video is concerning animal rights activists here in Milwaukee.

It's the kind of video where you hold your breath. The dog, just a foot away from this moving van is the owner's apparent way of \"walking it.\"

Angela Speed, Wisconsin Humane Society says, “When you first see this video of the dog being dragged by a moving car, it's pretty shocking.\"

Angela Speed with the Wisconsin Humane Society says the dog is being put in an abusive situation.

Speed says, “The dog could easily trip or get hit by a car, get caught under the wheel, obviously it's dangerous and not a smart thing to do.\"

No plates are visible in the video, but you can see the dog running at full speed just to keep up with the moving car. People here in the adoption line couldn't believe their eyes either.

Cindy Menako, an Oakcreek Resident says, “Wow looks kind of dangerous, I think that looks dangerous what if he runs in front or under the wheel.\"

Anna Menako & Mya Kubik says, “I feel like the dog could have gotten killed or hit by another car, I agree the owners seem kind of irresponsible.\"

If you want to re-home your own animal, we do have a virtual site where can have your animal listed on our website and re-home yourself or there is the option to surrender your animal to us.\"