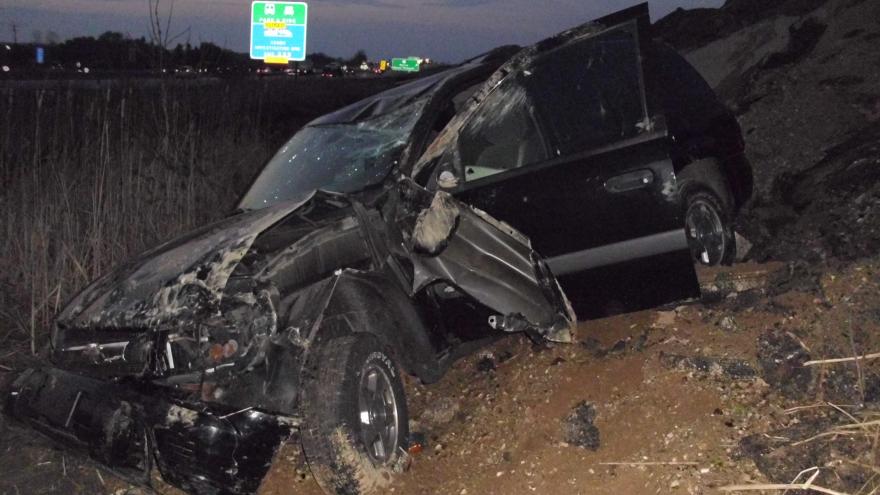 The car was a 2004 Chevy Trailblazer that was driving north in the left lane when it lost control, crossed all three lanes of traffic and left the interstate rolling over and landing 40 yards from the freeway.

The car suffered severe damage since it rolled over and hit a small tree.

The driver was wearing his seatbelt and was not injured. He was identified as a 44-year-old Kenosha man who just bought the car that day and was arrested for his third OWI.