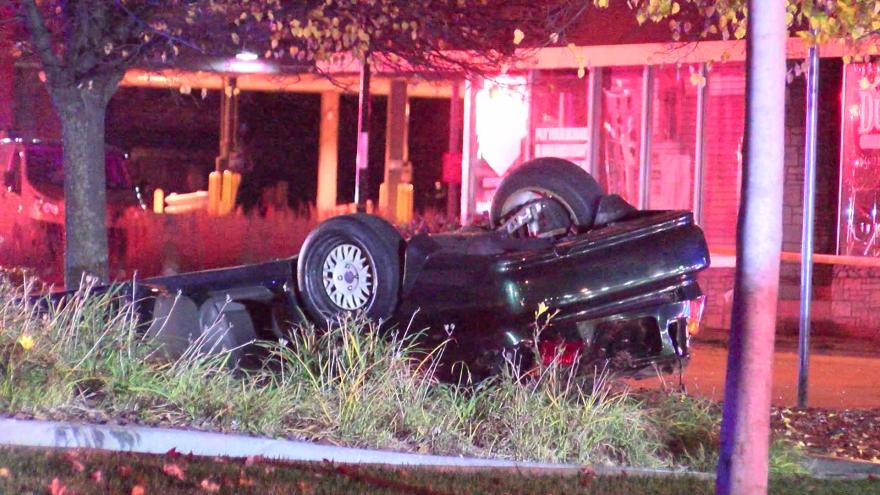 Around 2 a.m., police attempted to pull over a vehicle for traffic violations but the driver didn't stop. Police say a pursuit began.

Near 60th and National, police say the fleeing driver lost control and crashed. The driver suffered serious injuries and was transported to a hospital for treatment.

No other vehicles were involved in the crash.