Driver runs away after crashing cars on Humbolt Blvd. in Milwaukee 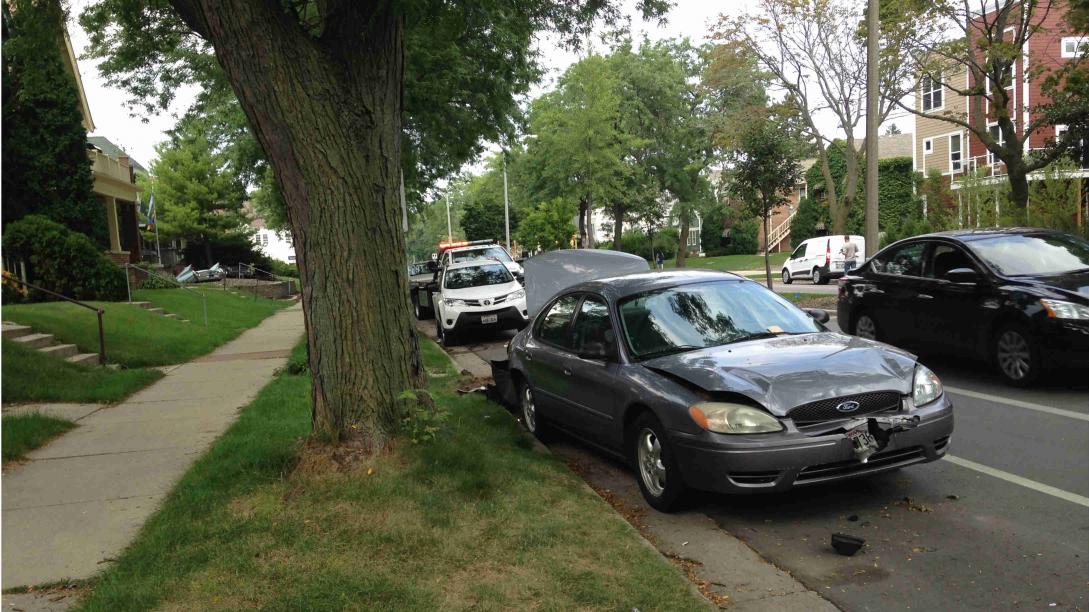 An overnight hit and run woke up neighbors who live on Humboldt Blvd. near Center St.  in Milwaukee. It turns out a driver crashed into several parked cars and he hasn't been seen since, according to police.

Justin Evers was asleep when the impact woke him and his girlfriend Marissa Molitor just before 2 a.m.

\"At first she was really mad obviously,” Evers said. “But then she just broke down and started balling.\"

Molitor’s Ford Taurus had extensive damage. It’s one of at least five cars that were damaged by the crash.

\"Right fender is smashed, you got damage from the front in the hood because the guy hit in the back and then it made the car move forward so it smashed, so there's hood damage,\" Evers said.

Evers said the man who ran off was driving a white Infinity and he said officers only found a dealer tag on the SUV.

\"We are UWM college students, so she's kind of screwed until we file insurance and she has liability insurance so this won't even cover it,\" Evers said.

Police haven't made any arrests in this case and they haven't released a description of the man.