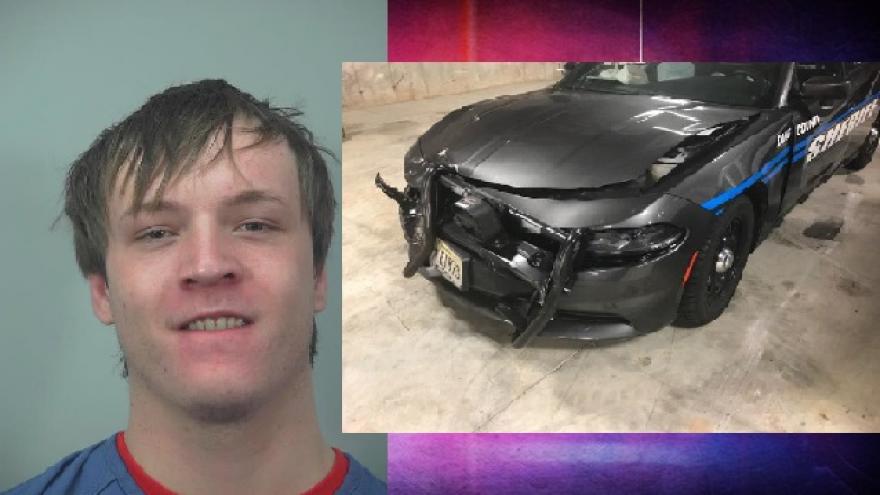 The deputy initiated a traffic stop but the driver refused to stop driving towards the I-39/90 on ramp before leaving the road, running into a sign and then getting back onto the ramp and crashing into the Deputy's squad.

The Dane County squad became disabled and the suspect took the ramp onto the Interstate driving west going the wrong way on I-39/90. Stop sticks were deployed and the car stopped south of County Highway V near DeForest. The suspect fled on foot and was arrested by Wisconsin State Patrol.

The driver, identified as 22-year-old Anthony Smith from Endeavor, Wisconsin, was arrested on multiple charges.