Car crashes into median wall on I-41 southbound Saturday night 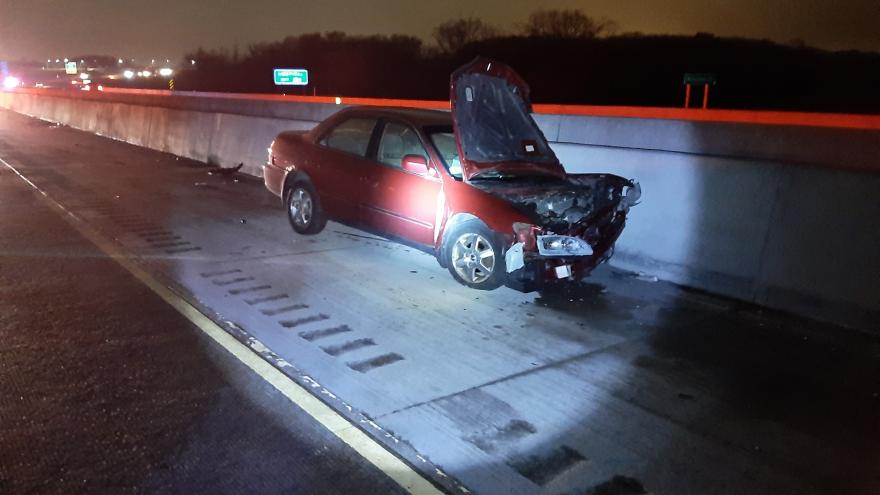 A passerby phoned local authorities after reportedly observing a red vehicle drive into the median wall around 11:46 p.m. Saturday.

Racine County Sheriff deputies report that, upon arrival, the driver of the red vehicle was unresponsive and barely breathing.

Officials say that deputies began life-saving measures until the operator was transported by rescue crews to Ascension Hospital-Racine.

The driver, a 39-year-old Kenosha woman, was reportedly not wearing a seatbelt and sustained life-threatening injuries in the crash.

According to an email release by the Racine County Sherriff's Office, the operator reportedly has broken bones in her neck, a brain bleed, a partially torn artery and has not regained consciousness.

The Racine County Sheriff's Office says that weather may have been a factor in the crash and that the incident is still under investigation.