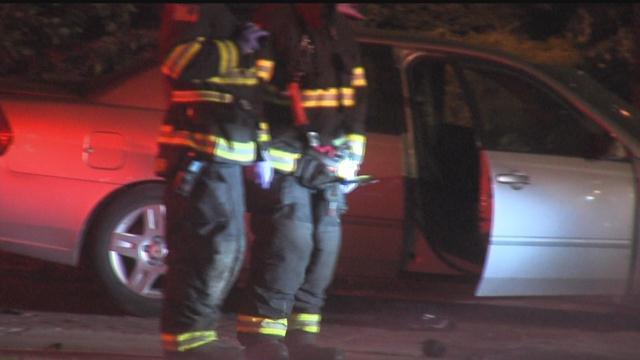 A high speed chase ends when the driver decimated a bus stop in Glendale.

Fortunately it was around one in the morning when nobody was at the shelter.

Glendale Police say the car jumped a curb and hit a light pole and a tree before finally coming to rest near Argyle and Silver Spring.

Investigators say the driver was going more than 80 miles an hour when trying to avoid stop sticks that had been placed down by officers.

That person in custody and facing probable charges of fleeing police and driving while impaired.