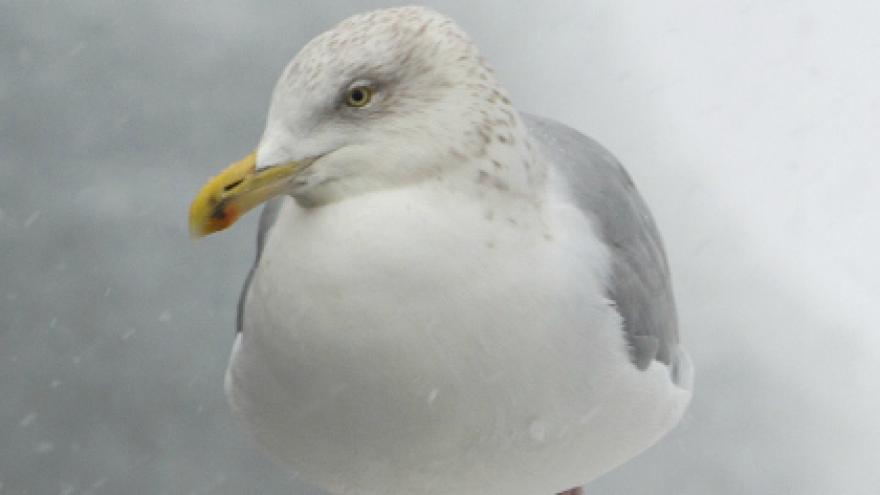 CHICAGO (CBS) — Dozens of baby seagulls were found dead on a sidewalk in the South Loop this weekend, and wildlife experts believe someone — perhaps even other seagulls — pushed or threw them off a roof.

Over the weekend, about 70 baby seagulls and seagull eggs were found on the sidewalk on the 700 block of South Jefferson, most of them dead. About 25 baby seagulls had survived the fall from the roof of a warehouse building, but were badly injured.

It appeared they had been tossed from the top of the building, and according to a source in the U.S. Fish and Wildlife Service, adult seagulls are known to push babies over the ledges of buildings.

When seagull parents fly off to find food for their babies, other seagulls sometimes swoop in and shove baby seagulls and eggs off a ledge.

The baby seagulls that survived were rescued by Willowbrook Wildlife Center in Glen Ellyn. Wildlife keeper Alicia Seghi said the wildlife center was keeping the baby seagulls warm and feeding them.

Alicia Biewer is one of the caregivers nursing the babies back to health at the Willowbrook Wildlife Center. She said some of the baby birds are only a couple of days old.

“It is definitely very strange to see that animals fall off the roof of a building,” stated Biewer. “I think it’s really good for most of them. We’re doing a lot of supportive care, fluids couple times a day, making sure everyone’s eating.”

The babies had suffered dehydration, fractures, and head trauma. Approximately 40 of the babies found on the sidewalk had died. The wildlife center said it was not clear if the birds fell, were pushed, or if something else happened.

The caregivers at Willowbrook Center believe the baby birds can be released back into the wild in about four weeks.

Two of the birds had to be euthanized.