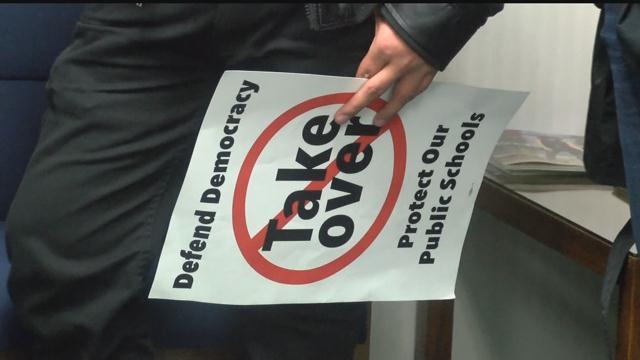 Hundreds of signatures are now in the hands of Milwaukee County Executive Chris Abele. This after educators and concerned citizens delivered petitions against the Milwaukee Public Schools takeover plan.

About a dozen or so people join together on the steps of the courthouse Thursday morning holding a press conference before delivering those 800 signatures to the county executive.

State Senator Chris Larson led the rally. Larson is of course running against current Milwaukee County Executive Chris Abele for that position in the next election.

They say that they feel that Abele has not listened to the community or ask for their feedback in this plan to what they call privatize public school.

Those who gathered were hoping to meet with Abele, however he was unavailable. A secretary told them that they could make an appointment to speak with him directly at a later date. Two people left their information to set up a meeting.