Downtown Milwaukee restaurant designates itself as a sanctuary for immigrants 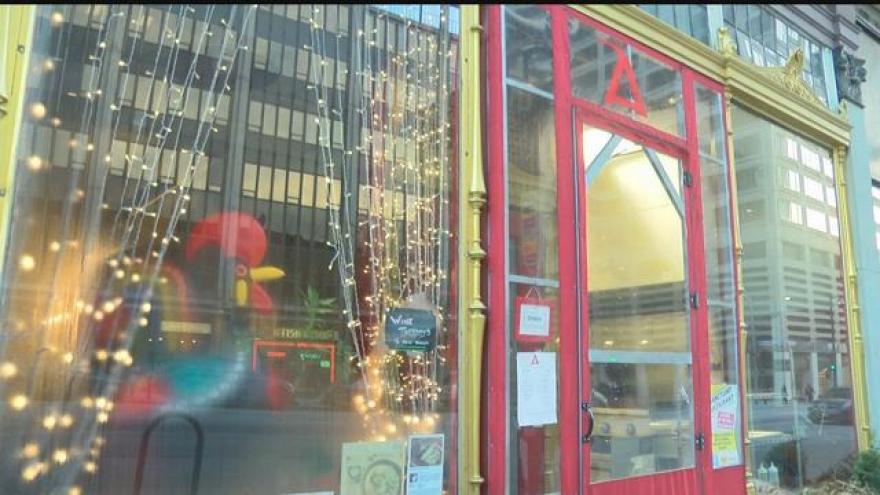 Inside Amilinda in downtown Milwaukee, there's a seat at the table for everyone.

"I've been doing this for 22 years and some of the best kitchens I've worked in have been full of immigrants," said Gregory Leon.

Leon, co-owner and chef, has two known immigrants working for inside his Spanish and Portuguese inspired eatery. One of them is a supporter of President Trump.

But Leon said it's not his job to silence opinions. Instead, to create a safe environment regardless of one's status, race, religion or sexual orientation.

"They know that they can be here and nothing's going to happen, then they don't have that monkey on their back," he said.

Leon just put a sign up letting the community know his stance on the controversial political issue.

One customer saw it on Facebook and came to stand with him.

"I think it's more of what we need," said customer Nancy Notley. "If we all behave that way, I think we'd be in a better place."

But Leon knows their could be backlash, however, it's a consequence he said won't stop him from doing what's right.

"Sometimes your convictions can be inconvenient, but that's when they really, really matter," he said.

Sanctuary restaurants will have access to webinars and training sessions so they know their rights in case of a federal immigration raid.

Meanwhile, the National Restaurant Association is opposed to the movement. Its pushing for an updated verification system that confirms employees can work in the country legally.