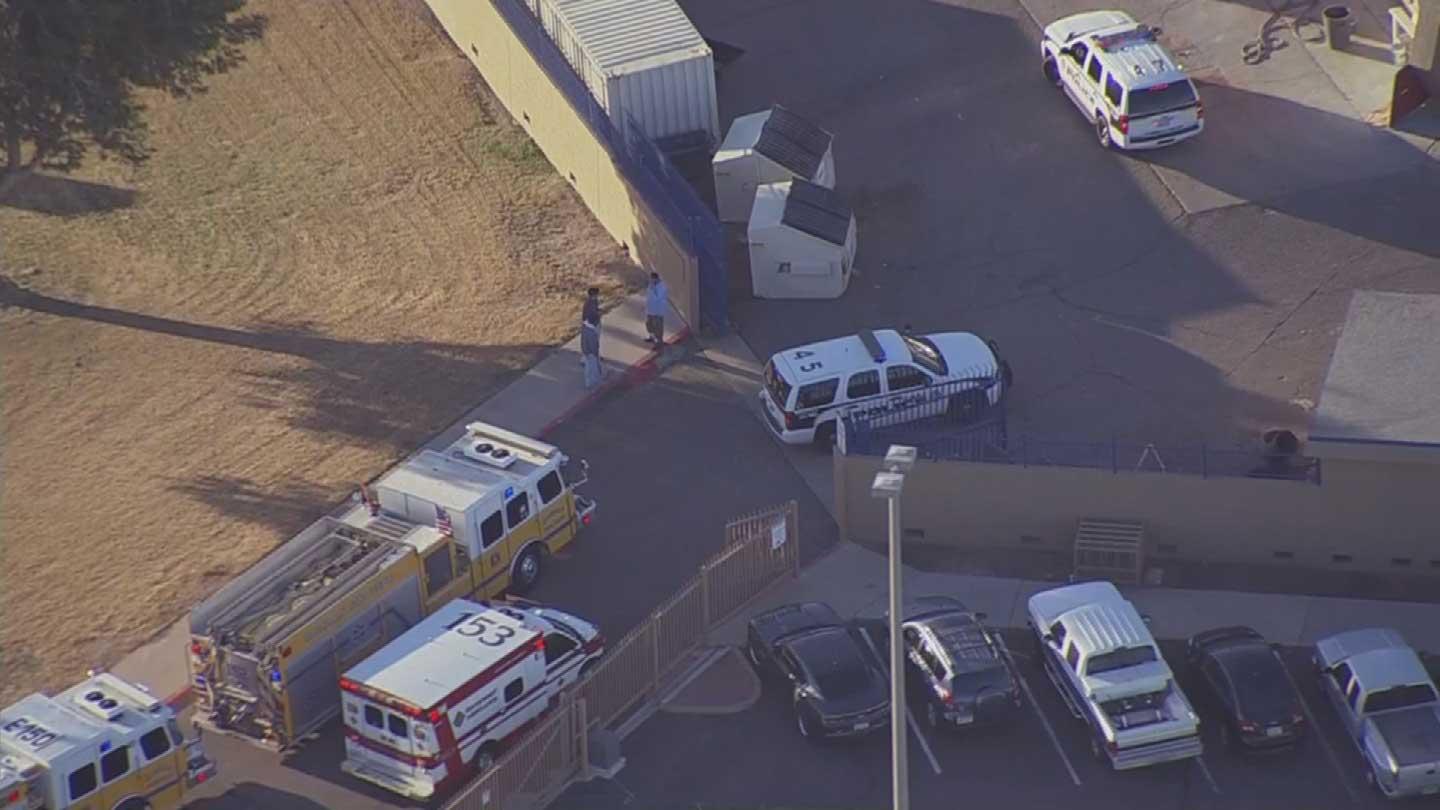 "I can confirm there has been a double shooting at the high school at 6600 N. 75th," Glendale Police Officer Tracey Breeden said. . "Don't have a lot of details yet. I'm heading to the scene."

Details are sketchy but a large number of officers are at 6602 N. 75th Ave

Many concerned parents have gathered outside the school.

"I'm looking for my son," one mother said.

The school is asking parents to congregate at the Walmart at 75th Avenue and Glendale.

Police have put up a large blue tarp outside the school cafeteria.

It's not known whether the victims shot are students and/or staff members.

An ambulance was seen leaving the area without activating its sirens or lights.

"The fact that no one is scurrying around outside is a good sign," said security expert Steve Adelman. "It means the scene is stable."

There has been no statement issued yet from the Glendale Union High School District.